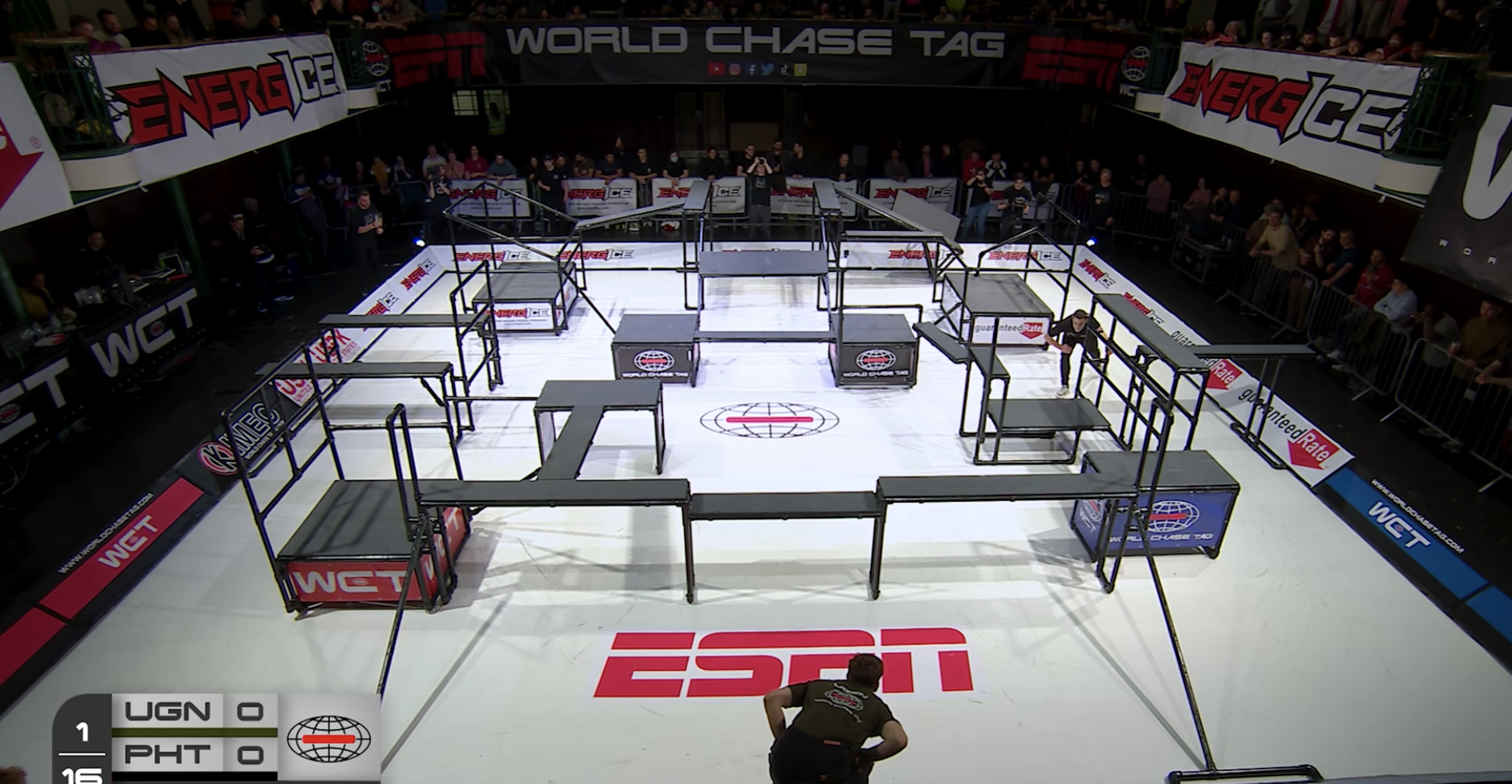 We’ve all got at least minimal tag experience. But did you know that taking it to the big leagues was an option? Introducing professional tag: the high-stakes chasing game you didn’t know existed. Comprising of a hybridised, parkour-adjacent practice, professional tag is both a tiring workout and an incredible spectator sport.

In a TikTok that has now garnered over 2 million total views, the internet was introduced to the world of professional tag. As seen in the video, professional tag is played in a relatively small arena made up of a diverse selection of obstacles. The competitive tag scene is maintained by the WCT- World Chase Tag.

The layout of the games is relatively simple. Two teams, each comprising six players, go head to head in rounds of one-versus-one. As a representative from each team (one assuming the role of the tagger and one of evader) enters the arena, the tagger must catch the other player within 30 seconds. The winner of the round stays on in the arena as the new tagger whilst the tagger is replaced with another teammate.

The WCT was founded in 2011 after one of the founders, Christian Devaux, got involved in a game of tag with his child.