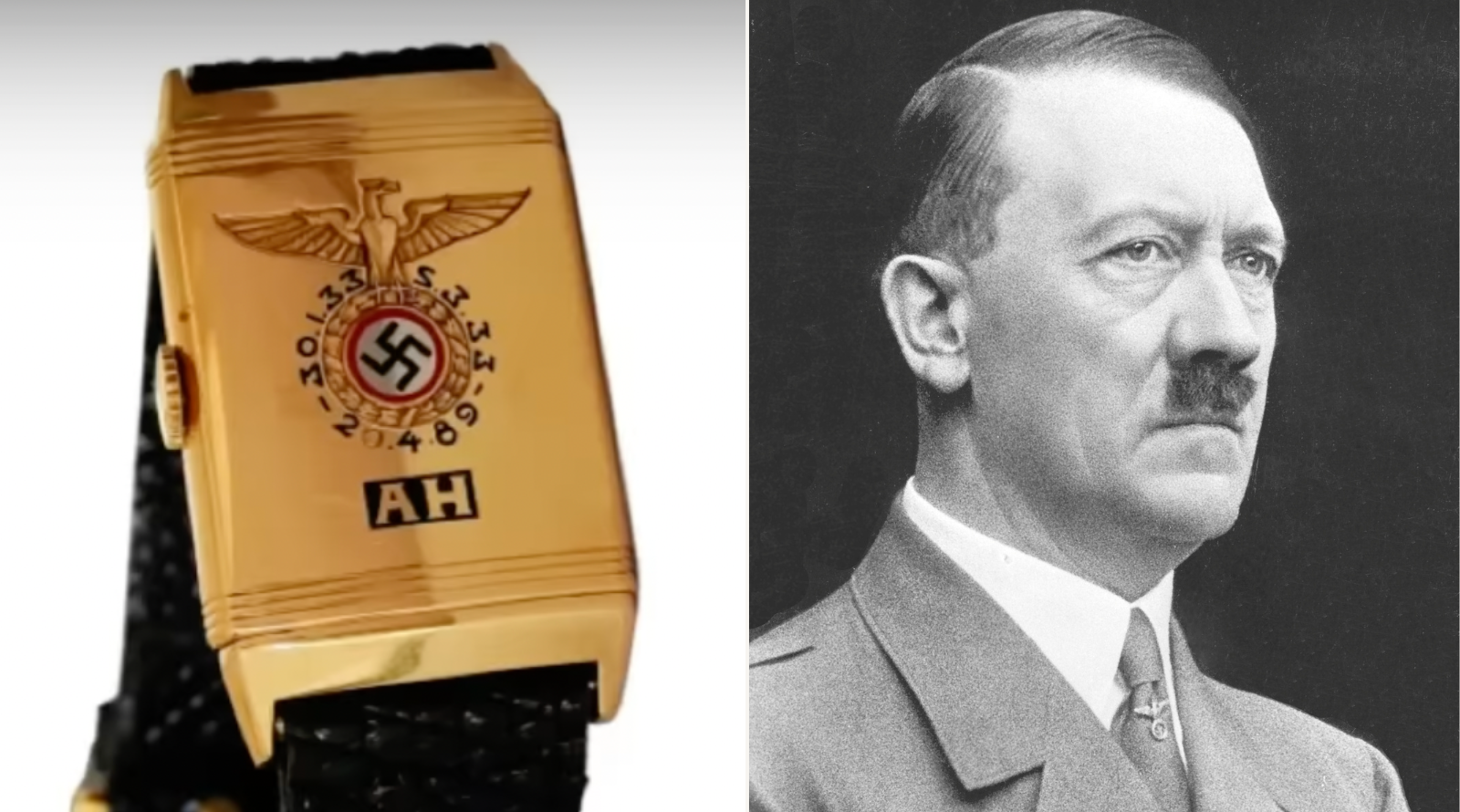 A watch believed to have belonged to Adolf Hitler sold at a Maryland auction for $1.1 million (£900,000) in the United States.

On Thursday, July 28th, Nazi leader Adolf Hitler’s watch was sold at the Alexander Historical Auctions. The auction took place in Chesapeake City, Maryland. The watch was anticipated by auctioneers to fetch a bid between $2 million and $4 million. However, upon the sale’s completion, bidding fell short.

Anticipating the sale, leaders in the Jewish community condemned the sale, penning an open letter signed by 34 major Jewish rabbis and officials. In the letter, writers urged the auction house to cancel the auction, calling the sale an “abhorrence.”

Believed to have been gifted to the Nazi leader in 1933 for his birthday, the Huber timepiece is inscribed with a swastika, the initials “AH,” the Nazi eagle, and three dates: the date of Hitler’s birth, the date Hitler was appointed German Chancellor, and the date the Nazi party won the German federal elections.

The watch was listed by Alexander Historical Auctions as: “A World War II relic of historic proportions, a gold Andreas Huber reversible wristwatch, given to Adolf Hitler himself most likely on April 20, 1933.”

After Hitler allegedly received the watch as a gift on his 44th birthday, historians believe it was seized by a French soldier in 1945 after Germany’s defeat. Citing its original location in Hitler’s vacation home in the Bavarian Alps, the auction house repeatedly emphasized the watch’s authentic origin, describing “the incredible watch[’s]” traceable history as “an unwavering direct provenance.”

Bringing in watch experts, historians, and experienced appraisals––“all of whom have concluded that [the watch] is authentic and indeed belonged to Adolf Hitler”––Alexander Historical Auctions defended the sale as a preservation of history, even in its most perverse form. Other items on sale at the auction included a dress worn and owned by Eva Braun, Hitler’s wife; correspondence and signed pictures exchanged by Nazi officials; and Wehrmacht toilet paper.

In their open letter, Jewish leaders called into question the motivation for buying items associated with Hitler and the Nazi party:

“That [these items] are sold to the highest bidder, on the open market is an indictment to our society, one in which the memory, suffering and pain of others is overridden for financial gain.”

“The auction, whether unwittingly or not, is doing two things: one giving succor to those who idealise what the Nazi party stood for. Two: Offering buyers the chance to titillate a guest or loved one with an item belonging to a genocidal murderer and his supporters,” they continued. “Either way, this cannot stand.”

Bill Panagopulos, president of Alexander Historical Auctions, noted that he appreciated and understood the perspective expressed in the open letter, but nevertheless refused to cancel the auction.

Interested in reading more about recent historical developments? Click here to read about the latest theories about the Lost City of Atlantis, and its potential location.