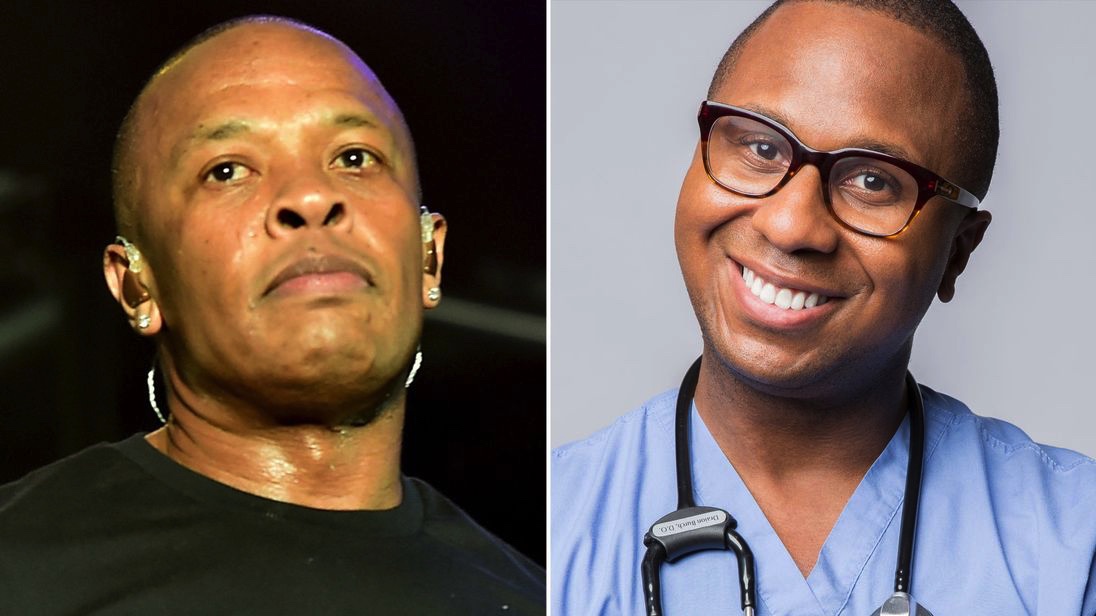 Compton rapper Dr.Dre, 53, has lost a three year battle that began in 2015 with gynaecologist Dr Draion M.Burch. Dr.Dre whose real name is Andre Young contested Dr.Burch’s application to trademark the name Dr.Drai on the grounds that he thought the public would be confused and get the two men mixed up.

Dr Draion Burch who’s based in Pennsylvania is a real doctor who claims to be a ‘sexpert’ and has written over 20 books such as 20 Things You May Not Know About the Vagina and the equally insightful 20 Things You May Not Know About the Penis. In his professional life he goes by the name of Dr.Drai and decided to trademark the name to further his brand recognition. Despite being spelt differently Dr.Dre and Dr.Drai are pronounced the same.

The influential rapper who has churned out music since the early 90’s and has produced such hits as Nuthin’ but a G Thang, Forgot About Dre and (Ironically) I Need a Doctor, argued in a document published by the US Patent and Trademark Office that his “name in the recording industry is sufficiently related to applicant’s ‘MP3 files, magazines, audio books, a series of books and other types of public performance’.”

“it is beyond question that the applicant’s marks would be viewed by the public as pointing uniquely and unmistakably to Dr Dre.”

Dr. Burch argued that it would be difficult for consumers to confuse the two men when they attempted to download his audio books and seminars “because Dr Dre is not a medical doctor nor is he qualified to provide any type of medical services or sell products specifically in the medical or healthcare industry”.

He went on to say that he wouldn’t want to trade on Dr.Dre’s name as he thought it would be “a bad reflection on me as a doctor” citing lyrics from the song song B****** Ain’t S*** he characterised as misogynistic and offensive to women he works with. The US Patent and Trademark Office has now dismissed Dr.Dre’s objection saying that consumers would be able distinguish media materials produced by a rap musician and a qualified medical practitioner. Looks like Dr.Dre won’t ‘Forget about Drai’ anytime soon.

Let us know below what you think of this farcical trademark battle? Do you think anyone will get the two mixed up? I kinda doubt it. Why not check this out while your snorting up word lines…..