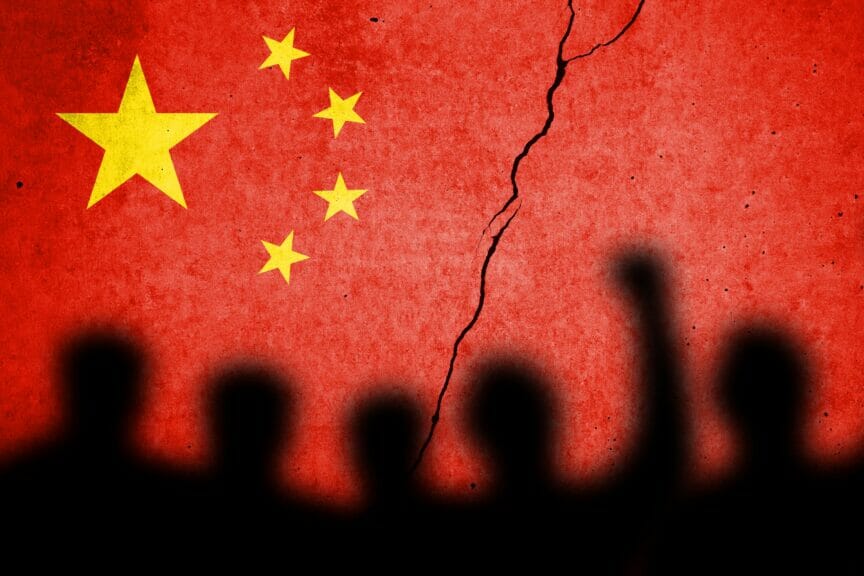 On Wednesday morning, a large deployment of riot police was sent to the world’s largest iPhone factory in Zhengzhou as workers protest their rights are being abused.

The videos circulating the internet show hazmat suits and riot police going against many workers that have come together to march in hundreds.

The causes of the protests are mainly about payment security and COVID cases on-site. there has been disbelief on behalf of the workers that the manufacturing firm would fulfill their agreement to pay based on individual contracts.

The manufacturing firm responsible is a Taiwanese company that is Apple’s primary subcontractor. The plant in the Chinese city of Zhengzhou is the largest in the world, assembling the greatest number of iPhones than any other factory.

This is not the first protest the firm has succumbed to. Back in October, other allegations of poor staff treatment circulated and indeed many workers ran off-site due to rising Covid cases within the firm. They took off in lorries and headed into central China, so their escape in large masses was captured on social media and circulated on the web.

Regarding the protests that happened this week, a newly hired employee at the firm has opened up to BBC to claim that Foxconn has been known to change contracts contrary to their promises.

Additionally, the manufacturing firm in question, Foxconn, has been accused of placing newly hired workers in shared dormitories with Covid-positive cases. Additionally, there seems to be a lack of food provided. One employee has claimed that in addition to the change of contracts, there is a lack of basic human needs provision:

They changed our contract so that we could not get the subsidy as they had promised. They quarantine us but don’t provide food.

Foxconn insists this is untrue, and that they disinfected and had officials control the dormitories before any new recruits were allowed in.

This claim seems to contrast with the fact that there have been rising COVID cases within the firm, causing a total site lockdown. This lockdown prompted the protests as workers quickly decided to quit and head home.

The incongruity between Foxconn’s promises and the breaking of workers’ rights, with a lack of health and safety consideration regarding the COVID checks and the insecurity of pay, led to rising tensions.

The footage that has taken the internet by storm can see workers chanting in unison about defending their rights, smashing surveillance cameras, and smashing windows. There has also been visible violence by the Chinese riot police against the factory workers.

In this article:apple, iphone, News, tech