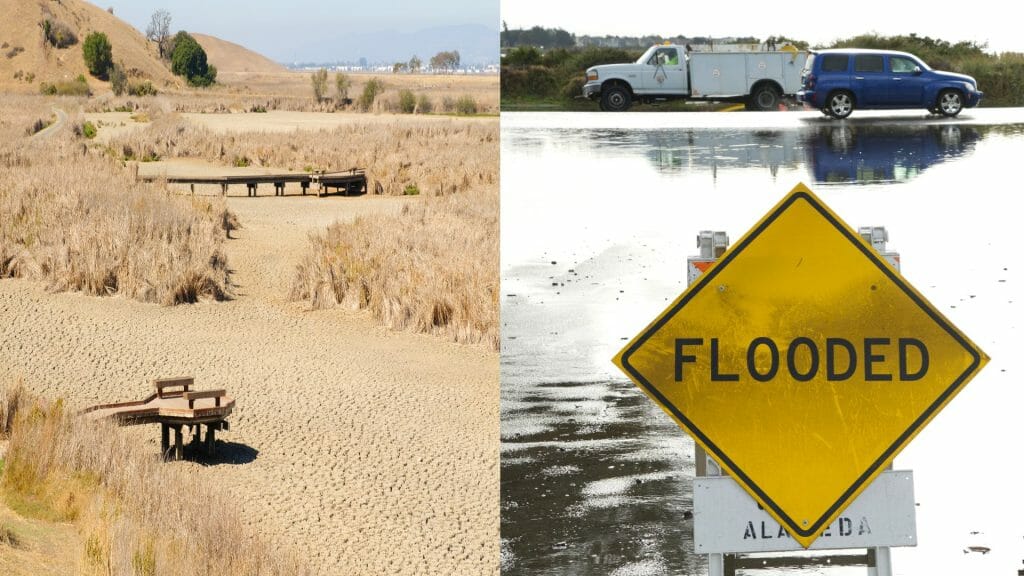 What comes to your mind when thinking of California? Sunshine? Beaches? Wildfires? Persistent drought? All have given way to relentless rain storms since the Christmas holiday.

Dried-out creekbeds have been replaced by raging flood water, roadways collapse into giant sinkholes, cities are running out of sandbags and tens of thousands have been left without power for days.

Governor Gavin Newsom reportedly told the BBC that “we’ve experienced some 24 trillion gallons of water falling on this state in the last 16 days in the middle of a megadrought.” He also says California needs to reimagine the way it manages water.

California typically has the majority of its rain during the fall and winter seasons and stays warm and dry for the rest of the year. The state has built its reservoir and irrigation system to save water from the rainy months to sustain the dry months.

The past three years have been the driest in the modern history of California. The water levels at most of its reservoirs were so low that the state had to set a limit to everyday water usage the past summer.

Many have assumed that the recent storms would at least have one benefit — ease the persisting drought that has caused so many problems. But while people clean up the damage of the deluge, is it safe to lay back assured that the drought is over?

Maybe not. Or at least not immediately.

The intensity of the drought has eased significantly for sure if you compare the US Drought Map from last July to just a few days ago. But if look closely at the legends, you would see that most of California are still in drought.

According to the California Department of Water Resources, most of the state reservoirs’ water levels are back to their historical averages, but still below capacity. It is unlikely that the recent heavy storm would ease a drought that has built up over the years.

“If we are unable to slow the warming of the atmosphere, we can expect to see more and more extreme events happening more and more frequently. And that’s global. That’s not just in California,” NASA climate scientist Kimberley Rain Miner reportedly says.

In this article:California, climate, News