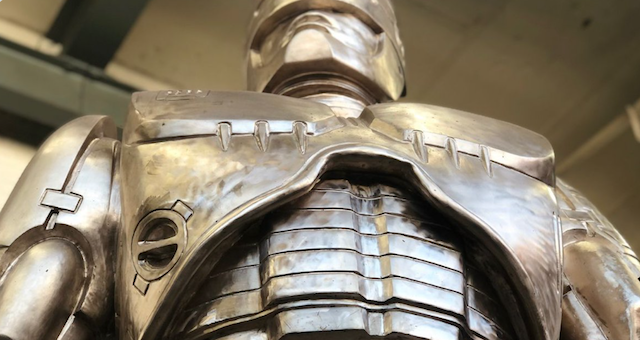 After last years controversy of questionable historical figures being commemorated in statue form, it seems the Detroit has taken a different path… by commemorating the mechanical law enforcement officer known as RoboCop.

Yes, you read that right, the 1987 film robot has just been erected in to an eleven-foot statue.

It all started almost 10 years ago after a tweet went viral when one Twitter user hit up the Mayor of Detroit. If Philadelphia had a statue of Rocky, why couldn’t Detroit have one of RoboCop? According to the Tweeter: “He’s a GREAT ambassador for Detroit.”

Following the tweet’s popularity, as kickstarter was set up that raised $67,436 towards the construction of the statue.

Unfortunately, due to the Coronavirus pandemic RoboCop has lost his home, as Michigan Science Centre can no longer make do on their promise to house the statue outside of their building.

Brandon Walley, who started the kickstarter, said this about the statue’s future prospects: “I can say there’s interest from some great spots around Detroit. We’re not close to closing any deals right now. Right now, we’re just celebrating that he’s done and he looks great. A structure like that, with the prep work for the base, it needs to be warmer weather anyway.”

It seems Detroit is in for one hell of a summer if Walley can find a place for RoboCop.

However, the US isn’t the only place that likes to commemorate its on-screen heroes. A few months ago Norwich (in the UK), unveiled a brass statue of Steve Coogan’s famous character: Alan Partridge. Perhaps a sight to see on the post lockdown bucket list?