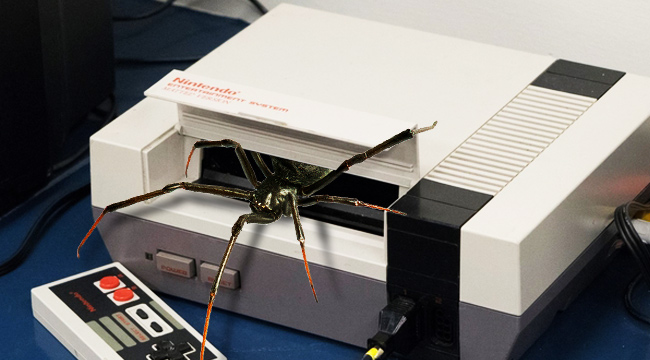 Because spiders are what everyone wants apparently…

Have you ever watched Border Control? Most of the smuggled items on this programme are drugs. That’s what you’d expect right? Think again!

Border officials decided to investigate a mysterious package, crossing the border between Guadalajara and Hanover.On first inspection, the package was filled with NES games. However, when these game cartridges were opened up, LIVE spiders were found inside!

Take a look at the spiders below!

(I don’t know about you, but that would be my worst nightmare…)

It’s pretty apparent that the game cartridges were just a means to transport the creepy-crawlies. (Because that’s what people are smuggling these days. US border officials are no closer to solving the mystery so it’s a good job that there were’t venomous!