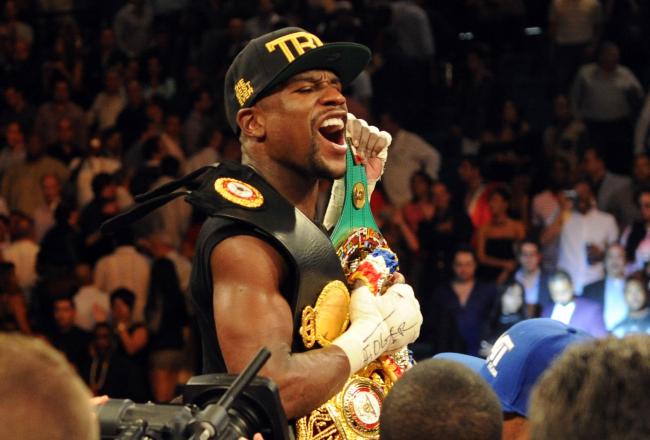 Personally, I couldn’t give a toss about the sport of boxing. I’ll pay attention whenever Anthony Joshua is fighting, he seems like a humble chap and because big up north London. But otherwise, it has always evaded me. However, whenever one of these ridiculous Youtube publicity stunt fights occurs, usually taking place between someone from the KSI clan or the Paul dynasty (a modern-day Montague, Capulet situation – truly Shakespearean stuff) the world can’t help but flood me with every last detail. They’re inescapable.

I suppose it’s a bit of harmless fun though, the only people they are hurting are themselves, not worth getting your boxers in a twist ( pun very much intended). Well, this might not actually be the case, when one of the fighters in the latest bout describing it as ‘legalised bank robbery.’

This time, one of the fighters stepping into the ring wasn’t a YouTuber at all. In fact, it was one of the greatest boxers of all time. Floyd Mayweather, the 44-year-old professional boxer – with 50 wins from 50 fights record – stepped out of retirement and back in the ring last night to face off against former Viner, turned YouTuber, turned public racially insensitive menace, turned wannabe raging bull, Logan Paul. Paul started his boxing career back in 2019 in a less than believable public feud with fellow Youtuber and creator of ‘the rape face’ Olajide Olayinka Williams (KSI). he faced defeat in the ring after a 6 round bout.

To remind you, Mayweather has beaten the likes of Manny Pacquiao, Canelo Álvarez, and Ricky Hatton, while Paul made a flat earth documentary. The odds weren’t exactly stacked in his favour.

criticism has been levied against last night’s exhibition fight given the amount of money the fighters are set to make from it. Mayweather has said he expects to make $50m (£35m) from the event. The fight itself was non-scored, and there were no judges meaning there no clear victor that could be decided. here are the rest of the bizarre rules in full:

Naturally, many people have a macbre curiosity to see this ameteur take on this titan of his disiple, myself included. Publicity stunts work, and this as good as they get, and it is fair to feel like you may have been cheated.

unexpectedly, however, Paul managed to go the distance and last 8 rounds before the fight was up. An impressive feat by all metrics. Of course, he was clumsy and only landed 28 blows to Mayweather’s 43. Whatever you may think of this stunt, or Paul himself, or the fight, or even Mayweather for participating, the two fighters handled the fight with decorum and humility. Mayweather when asked about the fight referred to Paul as “a great young fighter, strong, tough” and saying “he’s better than I thought he was”. While Paul, in a similar display described the event as “one of the greatest moments in my life.” And was made humbled by the whole experience saying “The fact I am in here with one of the greatest boxers of all time proves that the odds can be beaten.”