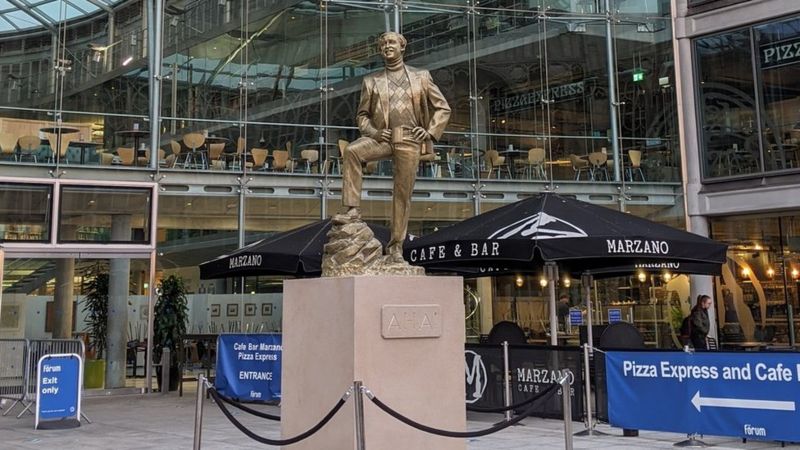 The beloved Alan Gordon Partridge of Norwich gets a statue in his honor at The Forum in Norwich, England. “Who is Alan Partridge?” you (and I) may ask. Let’s ask Steve Coogan.

Alan Gordon Partridge is a character that is basically a parody of British television personalities and is played by the actor, Steve Coogan. Steve Coogan is a British writer, actor, and comedian who is known for his impressions of characters of his own making – hence, Alan Partridge. The British actor starred in a 1980’s satirical puppet show that re-created prominent figures called Spitting Image and he would also do voice-overs.

In more recent work, you may recognize him as everyone’s favorite little Roman, Octavius, in the Night at the Museum franchise, his dramatic role of Martin Sixsmith in the book-to-movie adaption, Philomena, or as the evil snake, Heston, in Ella Enchanted. While Steve Coogan has shown his skills as an actor in many movie genres, his roots are still in the realm of impressions and comedy.

Alan Partridge may be a British personality parody but he has quite the backstory. Alan Partridge is based on Wally Webb, a BBC radio presenter, whom Coogan, in his Partridge persona, began to mock during an interview and from there, Partridge was born. Armando Iannucci, a Scottish satirist, also helped co-create the character. Alan Partridge was born in Kings Lynn, Norfolk and grew up in Norwich (ahh, that makes sense now). He had a radio career that spanned from working as a DJ for hospital radio, a sports reporter, and eventually his own talk show on BBC Radio 4. Coogan has also released a book about his life and books written as Alan Partridge, the recent one being Nomad.

Nowadays, Partridge has bigger things brewing. The 11-foot tall cold cast brass statue was constructed at The Forum, a community building, in Norwich. It was made by (mega-Partridge fans) sculptors Nick Dutton and Gavin Fulcher. The two are in the film industry and are self-employed sculptors. These super fans made the statue over the course of three years as they worked on it in between their work commitments. However, the statue is said to only stand until the upcoming Sunday. Gavin Fulcher shares the sentimental value behind Partridge, “When you go to uni and meet new people, you say you’re from Norwich and people instantly mention Alan Partridge. He is so synonymous with the city, and the people have taken to him too.”

The people from Norwich (Norwichers? Norwicheans?) obviously have a soft spot in their hearts for the bumbling broadcaster and this statue further proves that. Even “Alan Partridge” tweeted his approval of being memorialized in statue form, so long as it is specifically made with alpha brass and low zinc content, then he’s good!

Alan Partridge has been a beloved character from Norwich since his first appearance in 1991 and doesn’t seem to be slowing down. It is truly fascinating to see an icon or figure that is so important to a community get erected as a statue. Speaking of erections, or lack thereof, check out why this Moroccan town destroyed phallic statues of fish. 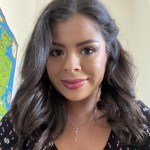