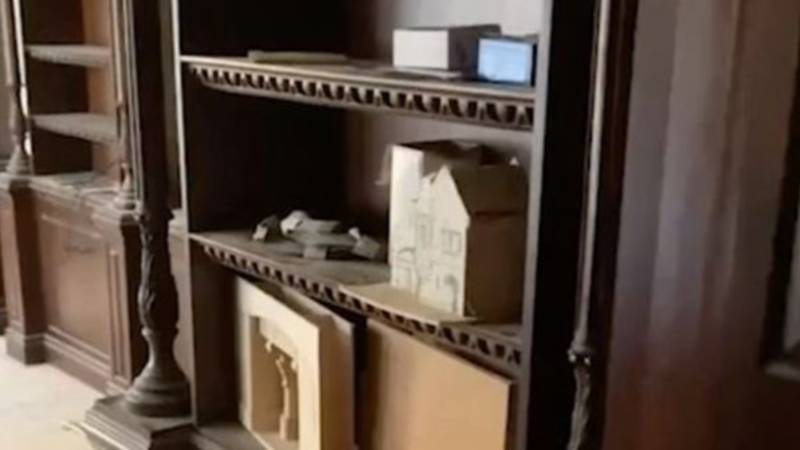 Secret passageways hidden inside homes are a favourite trope of movies, featured in everything from Indiana Jones to Casper. Except one TikTok user has made the fiction into reality, sharing a video of a trick door that opens into a secret hideaway in their home.

Chad Sanchez, who uses the handle @sancho483 on TikTok was taking part in a trend where people share interesting quirks of their houses. The video’s voiceover suggested such examples as a “hidden cabinet” or “movie room,” but this man understandably blew people away with his hidden lair.

The video, which has seen garnered over 80.5k views on TikTok, shows Sanchez giving a tour of his property until he comes across a fancy bookcase. Suddenly, the proud homeowner pulls a lever on the bookcase and it opens up into a set of stairs that lead down into a secret room in the house.

Many users were amazed by the impressive architecture, but others had more sinister associations in mind. What with the secret passageway looking eerily similar to a medieval torture dungeon, only being lit with candles, one commenter called it a “HIDDEN MURDER DUNGEON” straight out of the crime drama series Criminal Minds. Another user joked: “I watch too many movies to know that’s most likely where a serial killer is hiding.”

Sanchez did not specify what the secret room in question will be used for, only stating in the video that it was “under construction.” For what, exactly? It’s most likely just an expensive relaxation space for a rich homeowner with too much money and time on his hands, but who knows if the commenters’ theories are true, and it turns out to be a secret murder lair?