These championships show there is  hope for computer geeks after all!

For most of us, world championships are reserved for talented athletes and are way out of our reach. However, the event now has a brand new meaning for all you computer geeks out there… The Microsoft Office Specialist World Championships!

Candidates from around the world competed in skills shown through Microsoft Word, Excel and Powerpoint. The final decider included replicating spreadsheets from a given document.

This grand final took place in California and featured 150 participants from an initial 560,000 applicants!

From these 150 participants, the winner was 17-year-old John Dumoulin from Woodbridge, Virginia, the first American to have won the championships. What an amazing achievement for someone so young! 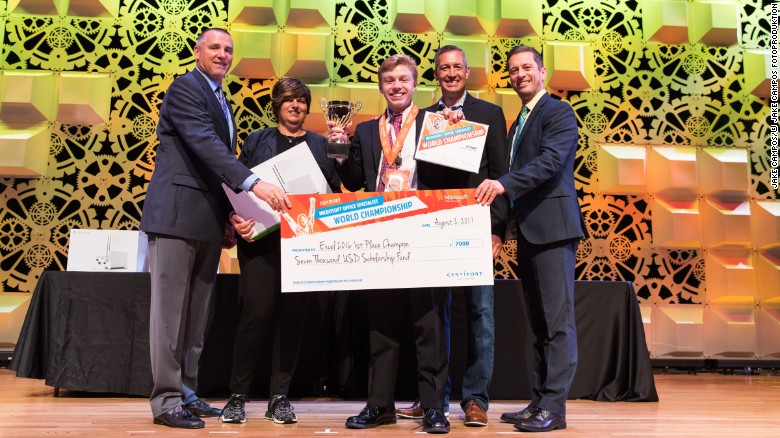 The young computer star had this to say about his experience and his dreams for the future;

I wasn’t initially totally expecting to win, just because I know the competition is pretty fierce. It’s the best in the world from every country.

When I first started competing, my friends in my class, a few of them knew. But they didn’t think it was really a big thing …

When I told them what it was and what skills you need to know to do it, they thought it was a pretty big deal. They started asking me how to use Excel.

It was pretty cool to meet international teams, but sometimes people get a bit heated.

They’d give me this really intimidating look, because you can tell it gets intense. This is what these kids do.

They give you a big trophy and medal at the end and I got an Xbox as well, so it was all worth it.

I’m hoping to graduate next year – it would be great to work for Microsoft one day.

For the other end of the spectrum, check this out!