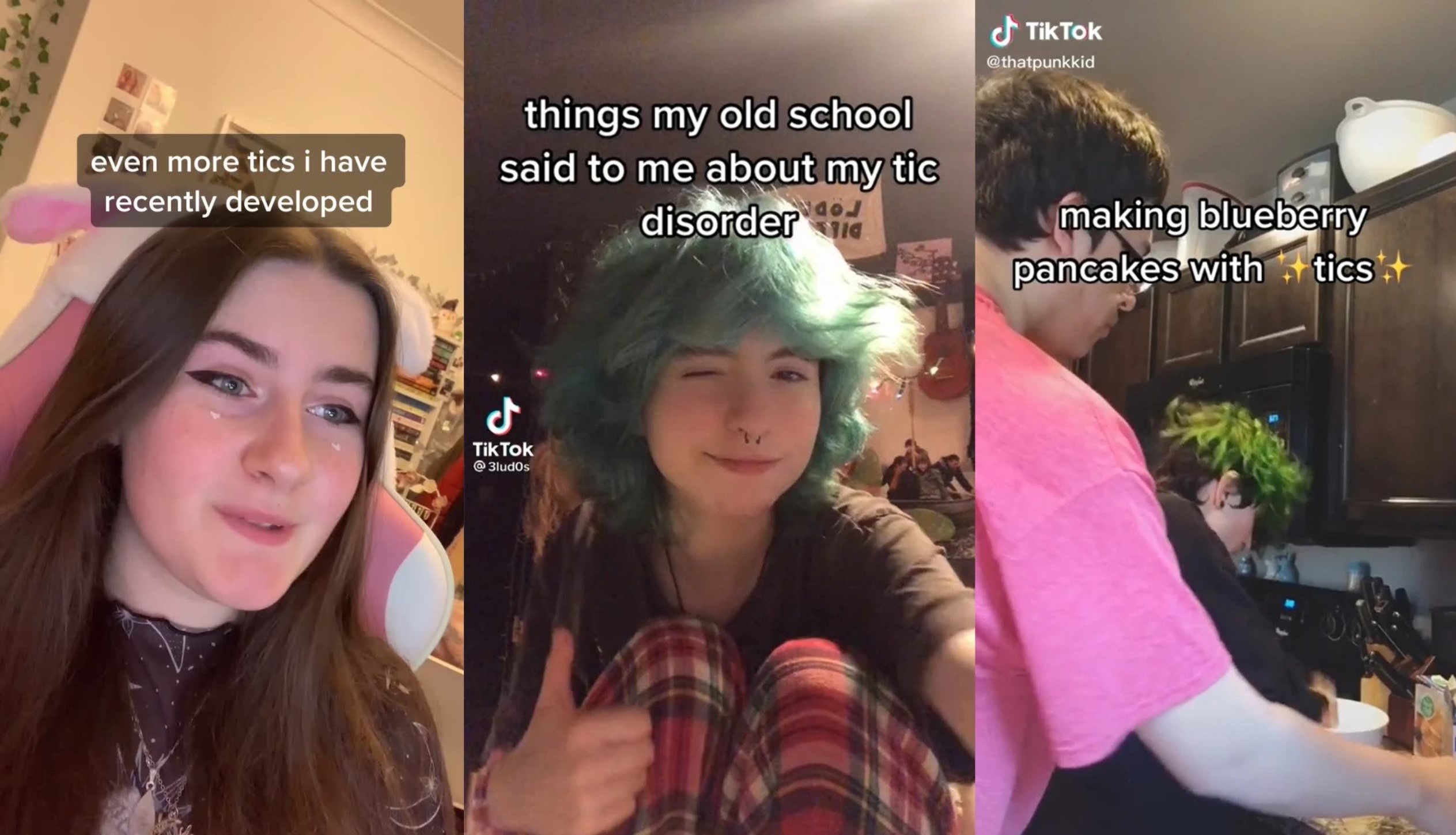 People with Tourette’s have formed a community on TikTok to help raise awareness, reduce stigma, and connect with others who also have the condition. Millions are learning all about the condition thanks to people with Tourette’s sharing day-in-the-life videos and opening up about what the condition is like to live with. However, there are concerns being raised by health professionals about a sudden rise in demands for Tourette’s diagnosis and growth in the number of teenagers displaying tics.

Tourette’s syndrome is a condition that causes a person to make involuntary sounds and movements, called tics. While the exact cause of Tourette’s syndrome isn’t known, it’s thought to be caused by a combination of genetic and environmental factors. It is also linked to anxiety, with many people experiencing more frequent tics when they become anxious.

The online Tourette’s community, which is dubbed ‘TicTok’, gets a huge amount of traffic. Users post videos of their daily lives, demonstrating how they go through everyday situations with the syndrome. These videos amass millions of views. One video shows Zara Beth, a 16-year-old from northwest England, struggling to handle a Covid-19 test whilst she suffers a series of tics. After posting the video, she quickly found a network of others with the condition and built up a fan base of 1.7 million followers.

The community also offers advice to those with Tourette’s syndrome, such as how to deal with the intrusive questions of strangers or how to ask for exceptions and adaptions for their condition in work or school.

These positive representations of Tourette’s have helped to normalize a neurological condition that affects millions of people worldwide. It has long been stigmatized negatively, with many people with Tourette’s facing prejudice, judgment, and even abuse

TikTok May Be Spreading Tourettes-Like Tics Among Teenagers

However, the rise of Tourette’s content on TikTok has also sparked a controversial medical debate. Medical professionals have noticed that tic-like behaviors have been on the rise among teenagers since the start of the coronavirus pandemic. Referrals for a Tourette’s diagnosis have increased from 5 percent to 35 percent. In the British Medical Journal (BMJ), doctors reported that they were seeing a significant rise in the number of teenage girls – who are much less likely to have Tourette’s than boys – displaying tics in the early months of 2021.

The physicians were concerned that the sharing of videos of influencers with symptoms may have a part to play. Researchers of Tourette’s remarked that watching popular social media personalities’ videos portraying tics may have instilled a belief that ‘tics’ generate peer acceptance or even popularity.

Questions have been raised as to whether sharing Tourette’s related content is negatively impacting those with the condition. Someone may post a video of their tics and get a lot of likes and followers in response. They may post more to get reassurance or from their peer group, and so get caught in a cycle of needing to share more extreme tics to get a bigger response.

Despite these concerns, it’s impossible to pin the blame solely on social media. One of the main causes for Tourette’s is anxiety. The global pandemic undoubtedly caused a worldwide increase in anxiety, especially amongst teenagers. Those already with an anxiety issue may have developed tics in response, without ever seeing a video on TikTok of another person’s tics.