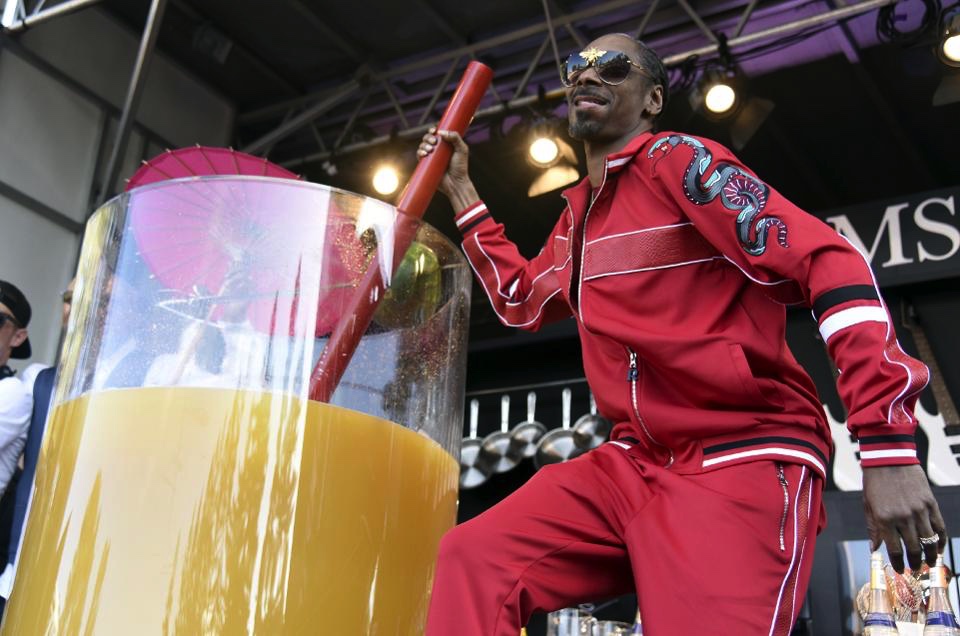 Snoop Dogg has officially broken the world record with the world’s largest gin and juice.

Snoop Dogg is undeniably a legend. Though people forget that he wasn’t all about weed.

Of course, one of his most classic hits was ‘Gin & Juice‘ in 1994, showing his appreciation for a variety of beverages.

Recently, Snoop Dogg set a Guinness World Record for the biggest gin and juice ever. Because of course he would. It’s nice to see he hasn’t forgotten his roots.

At the BottleRock Napa Valley festival, Snoop mixed up the cocktail using 180 bottles of Hendricks gin along with a five foot tall container of juice.

Overall, they ended up with 550 litres of this concoction. Then Snoop Dogg proceeded to drink it. Disappointingly, he didn’t drink all of it. Yeah, he may have died but that would’ve been a real impressive world record. So you have to question whether they really achieved anything at all if there were no gin and juice related deaths.

Not gonna lie, that sounds like a pretty cool festival. However, I have no idea what they decided to do with all that juice after the show. Seems like a waste to throw it all out. Then again, considering the amount of people required to drink all that it would probably end up getting real gross real quick.

Still, this broke a record. And the Guinness Book of Records granted him a certificate so it’s an achievement of sorts.

For more alcohol related shenanigans, check out how you can earn a living by drinking whiskey.