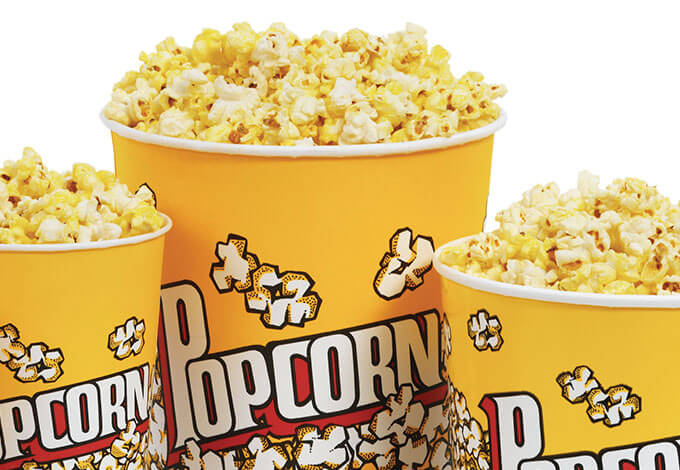 One of the most pleasant parts of going to the cinema is always getting to choose the snacks… but TikTok-er Max Klymenko reveals all the tricky secrets behind the counter!

With a following of 2.3 million, Max Klymenko takes to TikTok to reveal the behind the counter secrets that take place at the cinema snack bar. He reveals that the three common sizes for popcorn, ‘small’, ‘medium’, and ‘large’, are made following “decoy pricing”.  Basically, the goal is to convince the consumer to buy the largest option, as he says in the video the medium size is usually just to interest you in the larger size which has a more efficient price-to-portion ratio.

This is coined the ‘Decoy Effect’, defined as when a third option is specifically made to push the consumer to buy the more expensive option. This can happen when the difference between medium and large is usually just 50p more, for example. You would naturally quickly think to yourself ‘Hey! For only 50p more, I get 10 more scoops of popcorn – worth it!’

In his video, Max also reveals other secrets about the cinema popcorn. For instance, that they’re not microwaved but actually made in a large container that using heat freshly pops the kernels out.

Also, he reveals that it is near impossible to catch Pepsi and Coke being served at the same place due to their never-ending competition. If there is one being served, the other will probably not be served because of this rivalry and their constant competition for inclusion in cinemas.

Speaking of soft drinks, he also reveals that they are usually made on the spot and not coming from bottles. Behind the counter, cinema employees would pump carbonated water into the syrup that makes Pepsi or Cola drinks. That should probably explain why everyone thinks it tastes different…

Max reveals many more secrets about the cinema in his video, which has now reached over 4 million views on the Tik Tok app.

Look at that, Tik Tok being used for education! Learn more, like how this Tik Toker explains the hidden truths of Wikipedia.

In this article:cinema, life, popcorn, tiktok