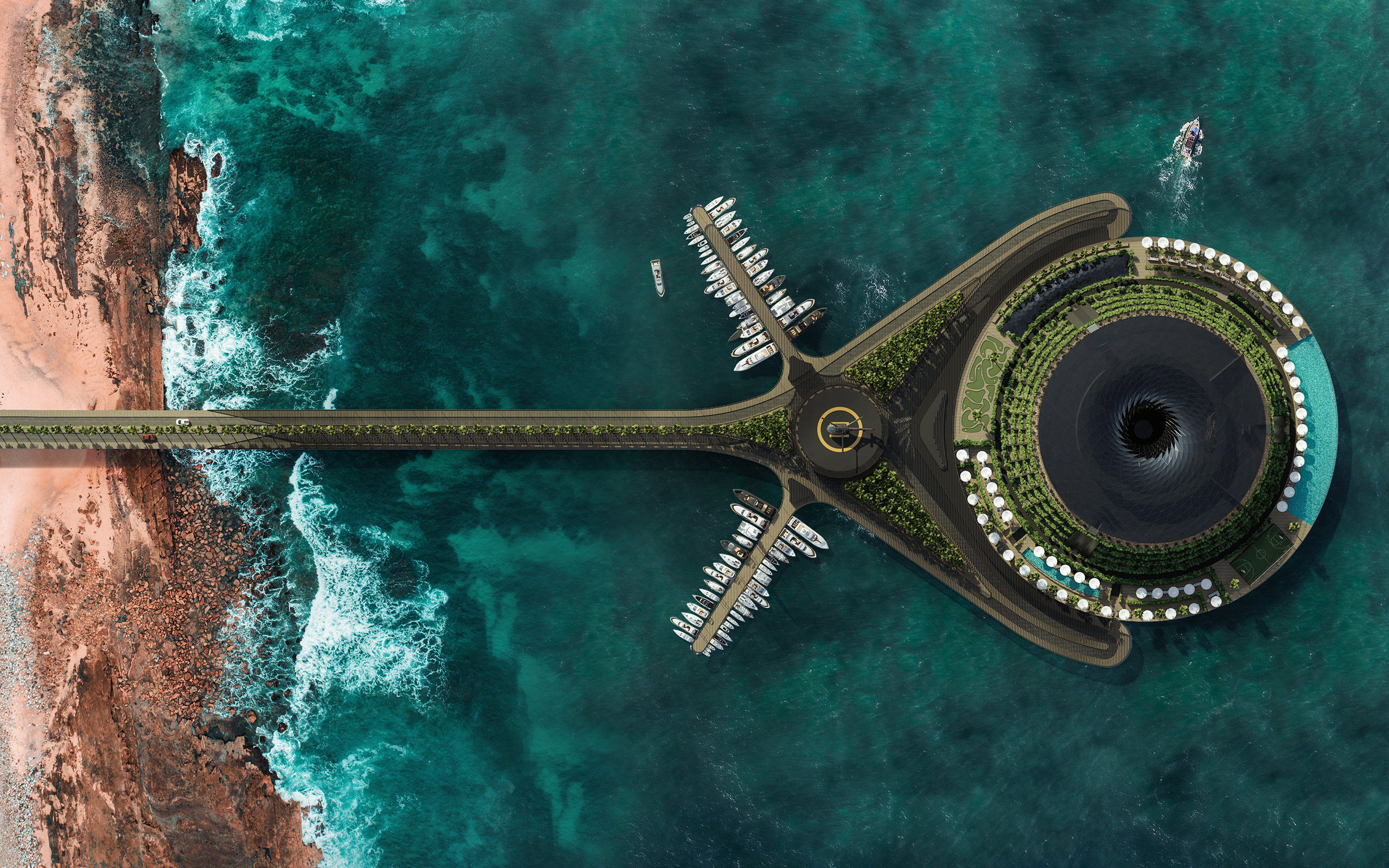 It’s about time we took the fossil fuels out of holidaying, and HAADS are working to make that a reality in the most spectacularly opulent way possible. While the world’s increasingly turning to crazy builds, this new project promises to be quite unlike any other. Unveiled on March 12, the new project boasts a hotel that looks like it’s straight out of a sci-fi film- with the technology to match.

Boasting a capacity of 152 rooms, the Eco-Floating Hotel is set to create all of its own energy through tidal, solar, and wind-powered means, eschewing the use of unsustainable methods for the entirety of the hotel’s operation. And, true to theme, the build’s facade reflects this natural inspiration, borrowing the likeness of a whirlpool.

So not only does the proposed cutting-edge rotational technology help save the planet, it gives lucky guests a shifting panoramic view from their windows, with one 360-degree spin stretching over the course of 24 hours.

What’s more, due to the fact that the hotel will float, it’s set to be entirely mobile. While the hotel’s construction is planned to take place off the coast of Qatar, upon the build’s completion it will be transferrable for events or private bookings.

“As HAADS, our team has studied the project with various opinions and technical knowledge from many different disciplines and visions. In this sense, consultants from different fields such as ship construction engineers, ship architects played a big role in the project process.”

The technical challenge of the build isn’t underestimated by HAADS, who employed the aid of a variety of experts in constructing their vision.

The hotel will be accessible 24/7 via three separate entrances, including a 140-degree pier enveloping the structure.