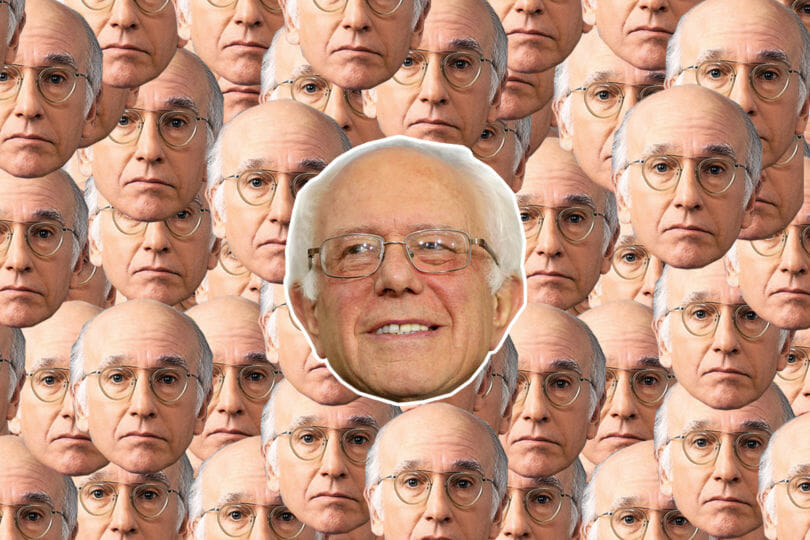 Genealogists have found that Larry David really is related to Bernie Sanders!

Whilst the similarities between David and Sanders are apparent in both appearance and mannerisms, no-one thought the two were actually related! However, the American comedian, writer and television producer revealed some exclusive news.

“He’s in the line,” David explained whilst promoting season nine of Curb Your Enthusiasm at the Television Critics Association summer press tour; “like, a third cousin or something. I was very happy about that, I figured there was some connection.“

Apparently, the Seinfield and Curb Your Enthusiasm creator caused a bit of a stir in revealing the news. The exclusive is supposed to be kept a secret until the show aired… oops! (Not that we’re complaining!)

So, there you have it! Our thoughts have finally be confirmed.

Do you want more Sanders exclusives?