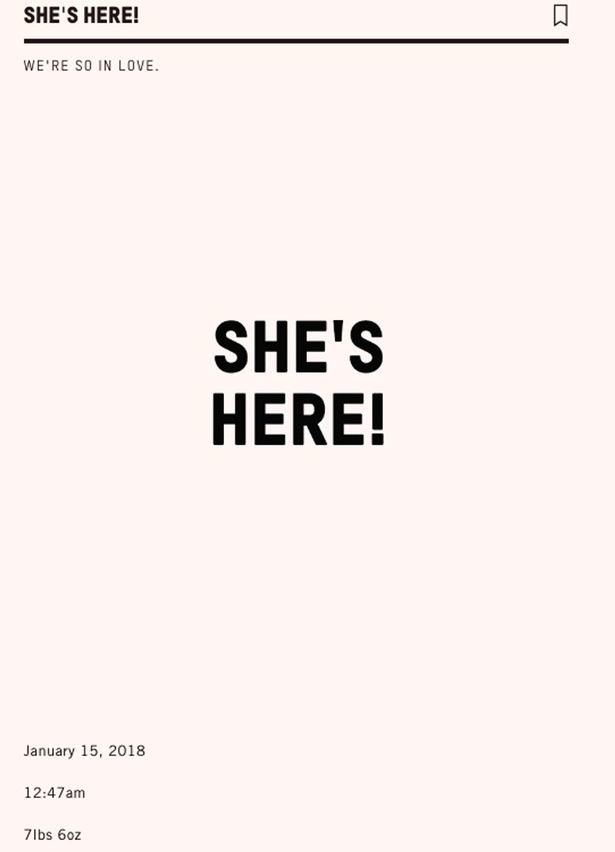 Kimye recently announced the arrival of their third child and (naturally) the world completely lost its shit…well the internet lost its shit. However, they left out one very significant detail about their newborn, her name. Until now.

So without further ado feast your eyes on this:

I’m not really sure if this is an improvement on North or Saint, but it is definitely different. The superstar couple announced the news they were having a baby in September last year in a Season 14 episode of “Keeping Up With The Kardashians” and not only was this a huge announcement in itself, but the West bunch also declared that the baby would be born via surrogate.

Here is what Kim had to say about the whole process:

“We are incredibly grateful to our surrogate who made our dreams come true with the greatest gift one could give and to our wonderful doctors and nurses for their special care.”

It is fair to say the news was global and with that, the people of Twitter delivered once again. Here are some of the best reactions:

kim k and kanye named their baby chicago…that was the perfect opportunity for wild west and they blew it ??‍♀️

kim: what usernames are available

instagram: we only have @zorpwest and @chicagowest remaining everything else has been taken

kanye: ok chicago west it is

There was a lot of speculation as to what the baby’s name was going to be, and even Paddy Power got involved. But you know what? I’m just glad everything is out in the open and we can go back to watching Trump attempt to lead a country or listening to Tom Hardy’s 90s mixtape, you know, important stuff.

Speaking of Trump, finally they are making a TV show that apparently will be based around undermining him. Excellent.