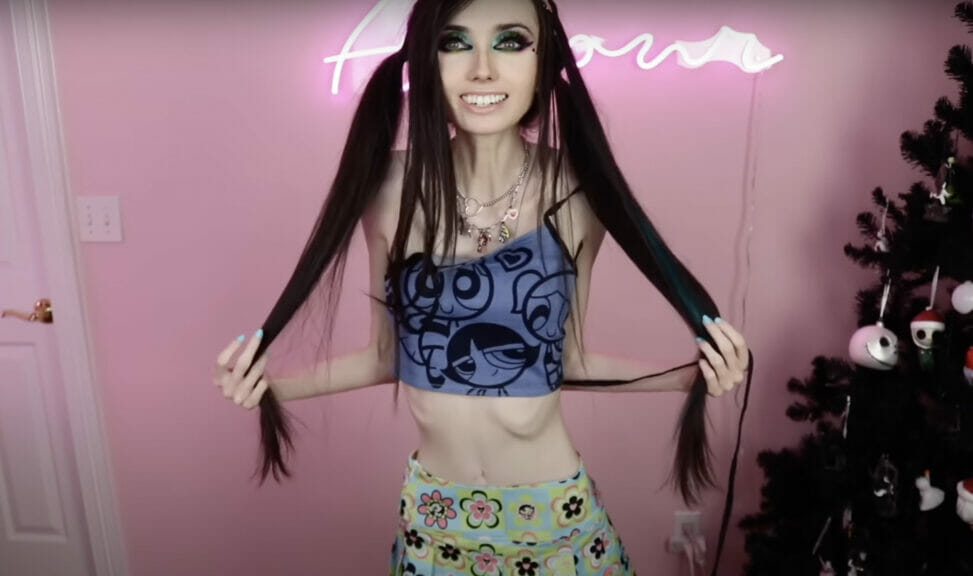 Trigger warning: This article mentions and contains pictures of the effects of an eating disorder that can be triggering to certain audiences.

Eugenia Cooney’s online presence has for years amassed a large following. Her beauty and fashion videos run in trend with the Youtube algorithm, but under every video are comments asking Cooney to seek help.

Speculation on Cooney’s well-being and eating habits have preceded her since 2013 when she first broke into YouTube. However, it was only in 2019 that she admitted to having an eating disorder and would soon go to a recovery center.

Months of no content left many viewers hoping for a healthy return, and have since continued down the same route. Cooney’s condition has worsened, reaching a detrimental point in her physical and mental health.

While Cooney’s content is certainly not negative and does not promote eating disorders, she is inadvertently gaining a pro-ana fanbase.

Pro-Ana, a sugar-coated abbreviation for pro-anorexia, is an online presence that encourages Anorexic tendencies. Such groups are found throughout social media and highlight the “importance” of being thin. This is often reflected in Thinspo (Thin Inspiration) boards created on Pinterest.

Like a weight loss journey, users rely on social platforms to track and glamorize their Anorexic journeys. Methods of losing weight are thus likewise recorded on these sites.

Dr. Melissa Geraghty, an Eating Disorder Psychologist, states, “Normalizing diet culture is by far the most toxic misconception of all. Dieting may seem safe because it’s talked about by friends, family, celebrities, athletes, and celebrity doctors,” she says. “Diets by nature are restrictive, depriving, and do not meet one’s nutritional needs.”

At least 9% of the world’s population suffers from an eating disorder, resulting in around ten thousand deaths annually and one death every fifty-two minutes. While Cooney’s content may not encourage restrictive eating, her media presence propels various pro-ana groups, which will come to harm both them and Cooney.

A petition on Change.org has accumulated over 53k supporters, asking Youtube, Twitch, Instagram, and Twitter’s CEOs to de-platform Eugenia Cooney. No action has been taken regarding this, however, TikTok has officially banned Cooney’s account for the second time due to violating community guidelines.

In an interview with her therapist, Kati Morton, Cooney says, “It’s still hard to see things the way other people sometimes do. It’s hard to admit that to yourself.” The fear of gaining weight and/or body dysmorphia is the most evident signs of an eating disorder. The following are symptoms and tendencies common in Anorexia Nervosa cases:

The Long-Term Effects of Anorexia Nervosa

Anorexia Nervosa is damaging to one’s physical and mental health and is considered a life-long illness.

If you or a loved one is suffering from an eating disorder, please contact a parent, somebody you trust, or a medical professional. Otherwise, contact the following support services.

In this article:Eugenia Cooney, life, Pro-Ana