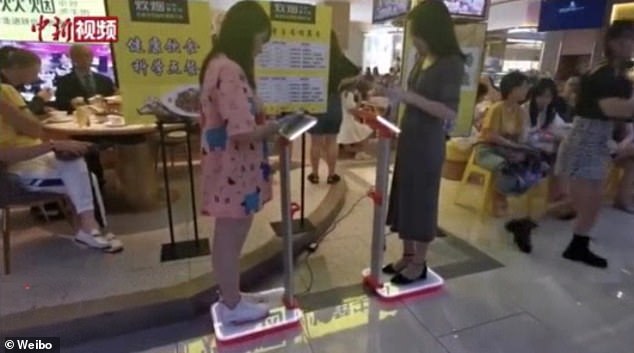 As the Coronavirus continues to rage on, different issues are being brought to light and some are looking for ways to find solutions. These problems are not new but given the crisis we’ve all been facing, many are trying to reevaluate. Food waste has been a problem for many years now. Thanks to Supersizing ourselves, we’ve not only gotten fatter but have also taken food for granted. Something needs to be done but what one restaurant in China did is probably not the best approach.

China’s president, Xi Jinping, called for an end to food waste because of the global pandemic and recent floods that have caused severe damage throughout the country. The restaurant posted signs inside that read ” ‘be thrifty and diligent, promote empty plates’ and ‘operation empty plate’ ” (unilad.co.uk 1). Customers were asked to weigh themselves and this would be sent to an app on their phone, suggesting dishes based on their weight and the caloric value of the dishes. This is basically trying to limit food waste but is also limiting people’s options on what they were allowed to order.

No surprise, the restaurant has faced serious backlash on social media which lead to the apology they issued a few days ago. Their apology reads in part “Our original intentions were to advocate stopping waste and ordering food in a healthy way. We never forced customers to weigh themselves” (unilad.co.uk 2). While that maybe true, it still doesn’t make them look good for actually installing the scales.

These Scales Are Huge!

The issue of food waste is real and has been for some time. It shouldn’t have taken being in a global pandemic/crisis to have this come to light. One thing I do agree with the Chinese president about is stopping people from posting viral food binging videos. That is not something we should be encouraging and is definitely not healthy to put your body through that. However, it is usually considered polite and customary to order more than what one can eat. I can understand how this is a big change for people in China, it will take time for them to adjust to this new order. But scales in the restaurant was not a step that should have been taken. Hopefully, they have learned their lesson and will find other solutions to the food crisis. In the meantime, as always, stay safe and keep wearing your masks!