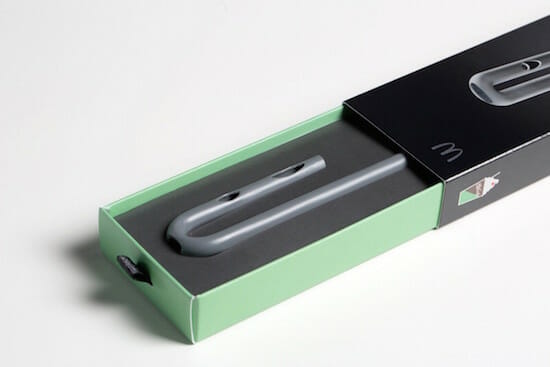 It’s clear by now that we’re going through a period of wild change. The Trump administration is fighting the mainstream media’s accusations of Russian interference. Millions of people, in the U.S. and worldwide, are protesting with frequency. New hate groups keep popping up, and so are new resistance movements against hate. It feels like these revolutionary times will leave nothing untouched – not even the straw.

You read that right. Just when I thought there was one thing that didn’t need changing, McDonald’s went and created a new kind of straw. According to the news announcement on their website, it’s called the Suction Tube for Reverse Axial Withdrawal. Keep reading only when you figure out the name’s meaning.

What’s New About This Straw? … And Why?

The STRAW, like all great inventions (and all silly ones), was made in response to a problem. McDonald’s created a new McCafe drink called the Chocolate Shamrock Shake – half chocolate, half green-dyed mint. However, the halves are completely separate! What’s the good of a half-and-half shake if a straw can only reach one half at a time? I bet someone thought of finding ways to just merge the flavors into a hybrid shake. But apparently, a more innovative mind concluded the problem was that straws just don’t have enough holes. I’d buy a book about how this person sold everyone else on the idea. Heck, I’d write it myself.

So McDonald’s decided the best course was to hire “a team of aerospace and robotic engineers.” They knew the usual two holes wouldn’t work, so they gave it six. For some reason, they also thought even the shape was all wrong. They designed the STRAW to look like a snorkel. All this so mankind can finally suck up liquids from two layers of a shake at once.

Do They Know How Ridiculous This Looks?

If you’re like me, you might think this is 1) nonsense, and 2) good fodder for snarky comments. Are you considering tweeting that it’s “utterly frivolous?” “Spectacularly unnecessary?” “Probably more revolutionary than actually needed”? McDonald’s beat you to it. Their promotional materials, including that online announcement, are fully aware that they’re promoting something ludicrous. They even made a cheeky video that looks like the ones Apple makes for new iPhones. It has video clips of enthusiastic scientists and flashy CG diagrams of the new technology. Alongside the playful subtitles, a spokesman (with a British accent!) says, “Every once in a while, along comes something so revolutionary, it changes everything. This is not that, but it’s close.”

The STRAW is obviously a gimmick to promote the Chocolate Shamrock Shake. After all, it’ll only be tested in select American cities. Still, I can’t help admiring the McDonald’s marketing department for their earnestness and sense of humor. Sometimes, we need things like useless and silly inventions to remind us that change isn’t necessarily horrifying. You know, like when the president of a democratic country declares the news media “the enemy of the American people” and John McCain points out that this is “how dictators get started.” That sort of change.

This isn’t the only thing McDonald’s has been up to lately. It’s not even the only silly thing. There’s also the McFlurry Party and the Sriracha Big Mac.