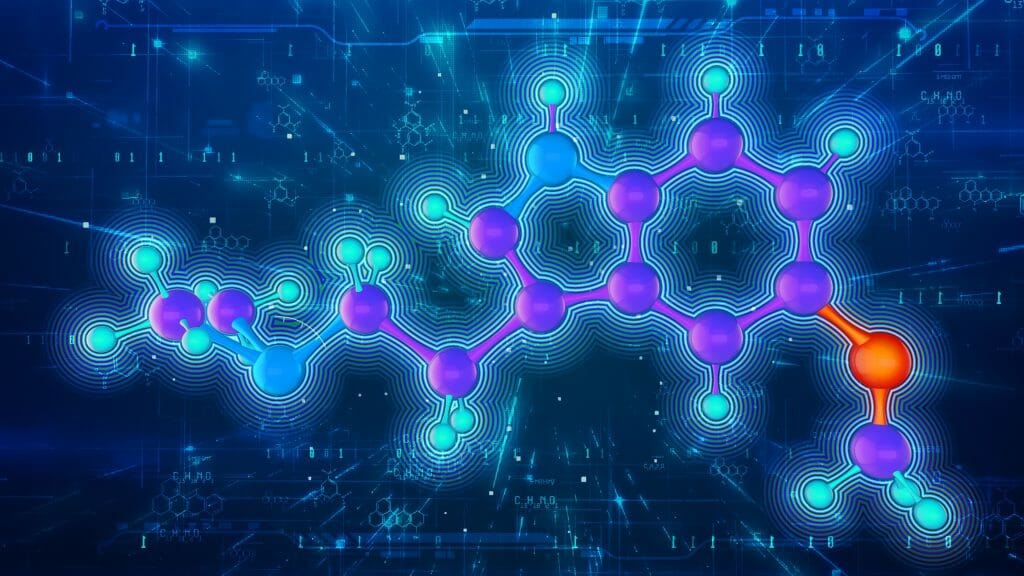 DMT stands for N, N-Dimethyltryptamine, and is naturally occurring. DMT is found in human beings as well as in many plant species. However, it can also be manufactured in a laboratory.

DMT is a hallucinogenic drug and its effect last around ten minutes. One of the most widely known and unique aspects of the ‘trip’ is that most users report feeling that these ten minutes felt like hours or even days.

The hallucinogenic can be smoked or consumed as a powder, and sometimes ingested as a tea.

DMT hallucinations vary widely but reports have also identified many similarities, adding to the mystique of the drug. Many have asked the question: how have so many people had the same ‘trip’ or had such similar experiences during the trip?

Common hallucinations begin with distortion of colors and shapes, with many users hallucinating that they are in a different place entirely. Many people see figures that they believe to be aliens or otherworldly beings. During this time, most users stay fairly still and quiet as they are largely immersed in the trip.

Most users are able to recall their trip with clarity after the experience has ended. Compared to other psychedelic drugs, DMT trips appear to seem more realistic to individuals, wherein the experience feels truly otherworldly and not just a figment of their imagination. Many people are left believing that they did actually travel to alternate dimensions and that the drug is simply a gateway.

DMT is used in many religious and spiritual ceremonies in South America. During these ceremonies, the drug is used with the intention of accessing a different spiritual realm and for healing purposes.

One of the stand-out aspects of DMT is the spiritual element, experienced even by those who are not religious. Many people after taking it report that they saw some equivalent of a God or higher being and that the experience taught them about the nature of our own universe and existence.

DMT is an intrinsic part of ayahuasca ceremonies. These ceremonies typically involve people drinking tea and DMT is the active ingredient found present in the shrub. Ayahuasca itself is made up of two main components, the shrub containing DMT and the jagube vine, which helps the DMT to become digested due to its monoamine oxidase inhibitors.

Ayahuasca ceremonies were developed from Shamanism, which believes that through an altered state of consciousness, humans can access a spirit world.

Like many other psychedelic drugs, new research is being carried out to ascertain whether it can help in treating depression. The fact that DMT occurs naturally in our bodies is a hopeful sign that the drug can bring positive benefits, rather than harmful.

In this article:DMT, drugs, life