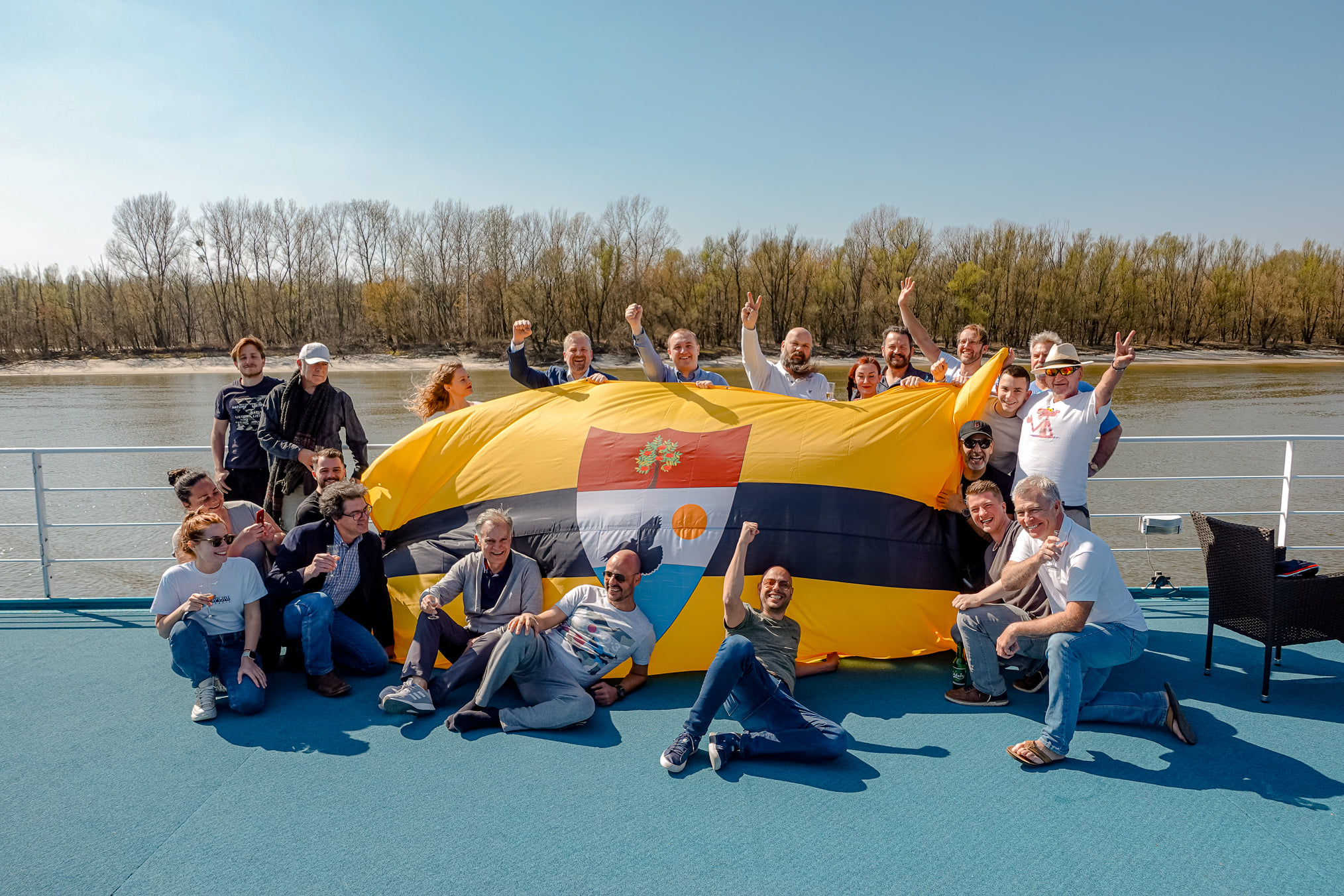 In a few key ways, Liberland does not exist.

A marshland sitting between Serbia and Croatia, Liberland isn’t recognized by any country or the United Nations. Its denizens can’t enter the island unless they wish an arrest by Croatia’s police. Even Serbia and Croatia can’t agree on who should claim the territory.

Yet, despite its restrictions, Vit Jedlička, Liberland’s self-proclaimed President, argues otherwise. A right-wing Libertarian, Jedlička searched for a suitable territory on which to establish his country for nearly two years. He eventually stumbled upon the island on Wikipedia, after reading the ‘‘terra nullius’’ (or ‘land belonging to no-one’) entry on the website. By 2015, following a ten-minute boat ride, accompanied by his girlfriend and college friend, Jedlička planted a flag on the island and called it his own. Thereafter, The Free Republic of Liberland was born.

The island in question isn’t too big, stretching approximately three square miles. It used to be a part of Serbia until after the Yugoslav civil war, when the island ended up with Croatia.

For many reasons, Croatia did not want the island. In accepting the land, it meant Croatia would be accepting Serbia’s new borders, and by doing so, it meant Croatia would be giving away other territories. Likewise, Serbia did not want the island, preferring to exchange the plot for other spaces. In the end, neither country wanted the island, leaving an eager Jedlička to call it his own.

After being established in 2015, Liberland has enlisted nearly half a million citizens, as well as appointed a cabinet and ambassadors-in-waiting. Liberland also shares a constitution, an anthem and motto (“Live and let live”), and printed passports.

Yet, Croatia and Serbia have dismissed Jedlička’s claims as being frivolous. Croatian police have frequently blocked access to the area and fined or arrested anyone who tried to cross the area. Liberland’s president is no different, having been repeatedly detained for trying to trespass the island, and in 2016 was almost prohibited from re-entering his home country.

What that “something” is? It remains in question, but for members like Uchnárová, most likely an opportunity to create “a new Dubai” or house a space program. For Jedlička, his aspiration is to build the third-smallest micronation, after Monaco and The Vatican.

In essence, Liberland’s dream is to build a nation free from laws, regulations, gun control, and taxes. How the micronation plans to do this is with Blockchain. This means establishing Crypto as Liberland’s official currency and running their Congress, Senate, justice system, and voting system inside the metaverse.

So far, Liberland has recruited Zaha Hadid Architects to construct a virtual model of their nation. According to their website, Liberland’s vision is to use these virtual spaces as a “networking hub for crypto projects, crypto companies and crypto events.” The state also plans to sell properties and start businesses inside the virtual city. In doing so, businesses and investors gain a share in the physical territory.

“We can actually have two Liberlands, one in physical reality and one in virtual space,” Jedlička explained to Fast Company.

Liberland intends to host its virtual world inside Mytaverse, a platform that creates immersive virtual settings for companies to meet and interact. In the past, Mytaverse has created spaces for PepsiCo as well as an exhibition hall where companies like Amazon, Google, and Microsoft presented.

Liberland’s metaverse is still a work in progress; its default avatar is a white-suited robot and endures occasional glitches, akin to a video game.

However, Jedlička isn’t deterred. He argues the micronation’s metaverse could show other governments Liberland’s shape and potential, and perhaps “present to them how we are going to be a good neighbor.”

How Liberland plans to run its voting system is no different from its other crypto aspirations. According to VICE, taxes in Liberland would provide its citizens with “merits” which could be used for voting. This means that the more taxes you pay, the more votes you have.

“If you paid $30 million in taxes, you still have one vote. That’s one of the things that’s a little broken about the systems that we are living in,” Jedlička explained to VICE. “It’s very important to do it so that the majority of society cannot dictate the minority, especially the minority that actually pays the taxes and makes the country possible.”

For Jedlička, running taxes this way is “much fairer” than offering people an equal vote. However, critics like Jillian Crandall, an architect, and instructor at Rensselaer Polytechnic Institute, question Jedlička’s argument. Rather than fostering freedom, Crandall argues Liberland’s system fosters a power imbalance.

“Where I get concerned is where these systems are being rolled out as a techno-fix for a more efficient governance system that allows its citizens to participate in a voting structure that they’re being told is very democratic… People might say yeah, absolutely, I want to get behind that, I like how that sounds. But they might not understand that the more tokens you have, the more votes you have, the more pull you have.”

According to the New York Times, minimal government and cryptocurrency form a large cornerstone for Jedlička’s micronation. On other issues, he argued further discussion was required before choosing a position.

What the future holds for Liberland is still unknown. After almost 7 years, Jedlička’s plans for the nation are still stuck in phase one: getting recognized by Serbia and Croatia.

Yet, while the nation struggles in becoming recognized, its citizenship continues to grow, thanks in large part to the internet.

In an interview with VICE, Jedlička described Liberland’s citizens as: “People that believe in freedom and want to start something―they’re kind of fed up with existing systems, they understand that it’s easier to actually start new things than to fix anything in the existing political system.”

In Liberland, registering for citizenship comes in two parts: an initial registration and a second questionnaire. Some of the questionnaire’s questions include whether the applicant had a criminal record, if they were in debt, their respect for other people’s property, their interests in investing in Liberland, and if they were part of an extreme organization.

This, like other ventures, presented Jedlička with additional challenges— aware mass immigration would hamper his vision of a nation focused on building wealth.

Still, devoted to his libertarian beliefs, Jedlička remains adamant about fostering the “free movement of persons” — with the exception of neo-Nazis, communists, and convicted felons — as well as goods and capital.

In the end, when it comes to political asylums, like other serious questions, Jedlička hopes to work the question down the line– at least once he and his team can land a foot on the island. 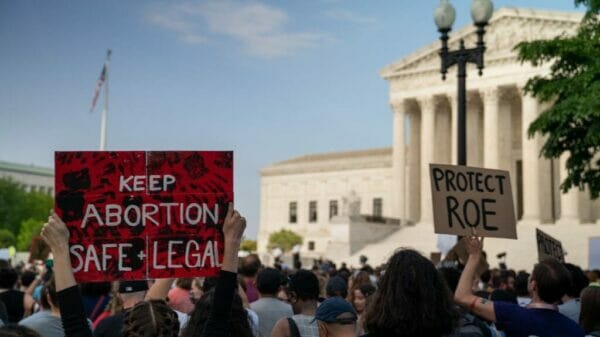 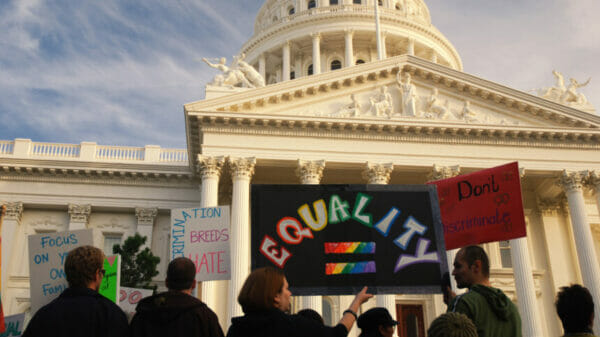