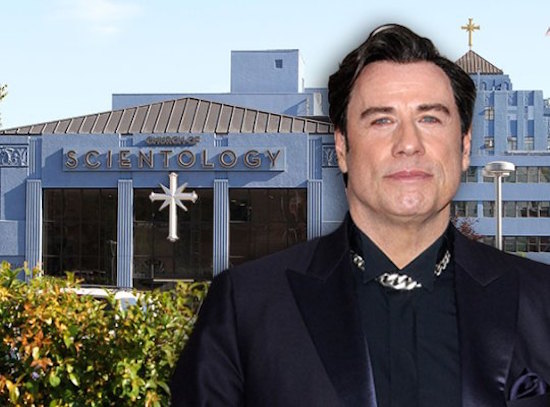 Actress and former scientologist, Leah Remini, has claimed that John Travolta is of such high rank and importance within the infamous Church of Scientology that, if he were to commit a murder, the organisation would cover up for him.

Cover-ups, eh? Typical church, then. The organisation, which is reported to be worth more than $1.2 billion, is well known to be the ‘religion’ of another famous thespian, Tom Cruise. As if being a Hollywood A-lister wasn’t power enough, both he and Travolta have a power the likes of which no other celebrity has ever known i.e. they’re utterly untouchable. That’s the perks of pumping money into a mad cult.

While we’re on the topic of the Church of Scientology, why not have a look in their back yard, courtesy of this drone footage?