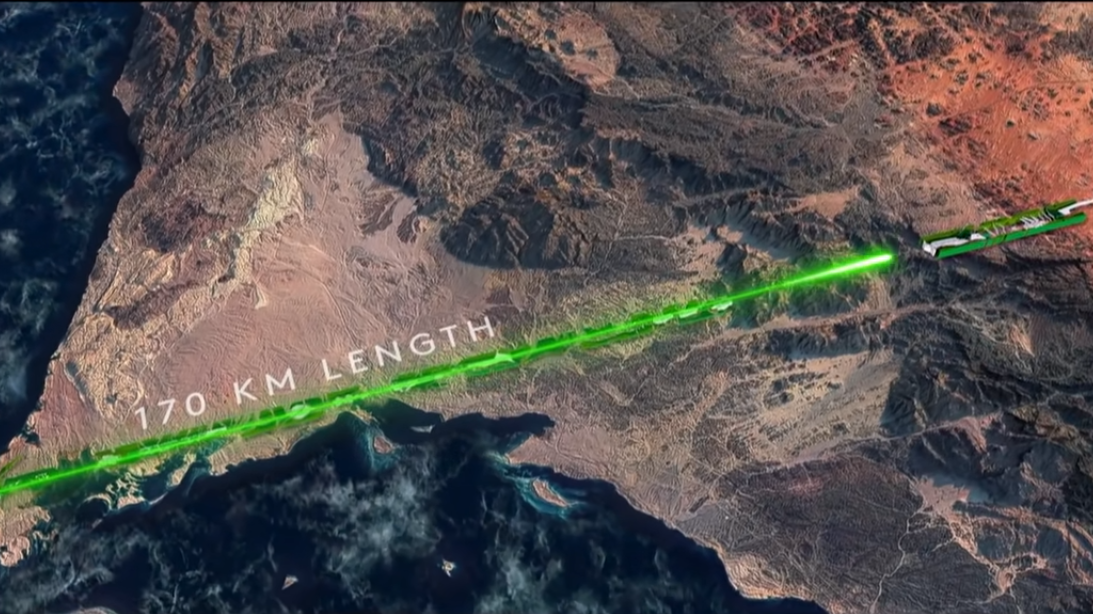 What if there was a city powered by clean energy, rid of cars, and with excellent public transport?

A half trillion investment to turn a vision into a reality.

The developmental project is part of a large campaign by the New Enterprise Operating Model (NOEM).

Unlike ordinary cities, its shape will be a line extending for 100 miles.

The Line will allow its residents to enjoy the latest technological commodities while still protecting and experiencing the natural environment.

The smart city is structured on three levels. The ground level will be absent of cars and roads, contains the pedestrian zone, and is a space for residents to do day-to-day activities.

Further, the second level will serve as a service layer. There will be a host of shops and commercial areas.

Lastly, the third level will be the zone for goods and public transport known as the Spine. Plans for an ultra-high transit system are in motion to get people to travel from anywhere in the city in roughly twenty minutes.

The Line is meant to address the concerns surrounding the environment, infrastructure, traffic, and human congestion. The Line project will introduce a new way of life.

As Chairman of the NEOM Company Board of Directors, the Crown Prince made multiple promises.

In a press release, their Royal Highness details the following three points:

Sound too good to be true?

Despite the project’s innovative framework, the Crown Prince faces backlash from the Al-Huwaitat community.

The tribe reached out to the United Nations in early September of 2020. Business & Human Rights Resource Centre reports they called “for an investigation into allegations of forced displacement and abuse by Saudi authorities.”

The tribe refused to relocate out of the designated NEOM site for the city’s construction. Additionally, thirteen tribe members were allegedly abducted and taken as prisoners.

Rodney Dixon QC, among other lawyers, was responsible for communication. He expressed that “What’s happening there is certainly a violation of the United Nations Declaration of Human Rights” to an Indigenous activist of the tribe.

What do you think? Is this project the answer to environmental and political challenges? Or is this vision another instance where Indigenous peoples are excluded?