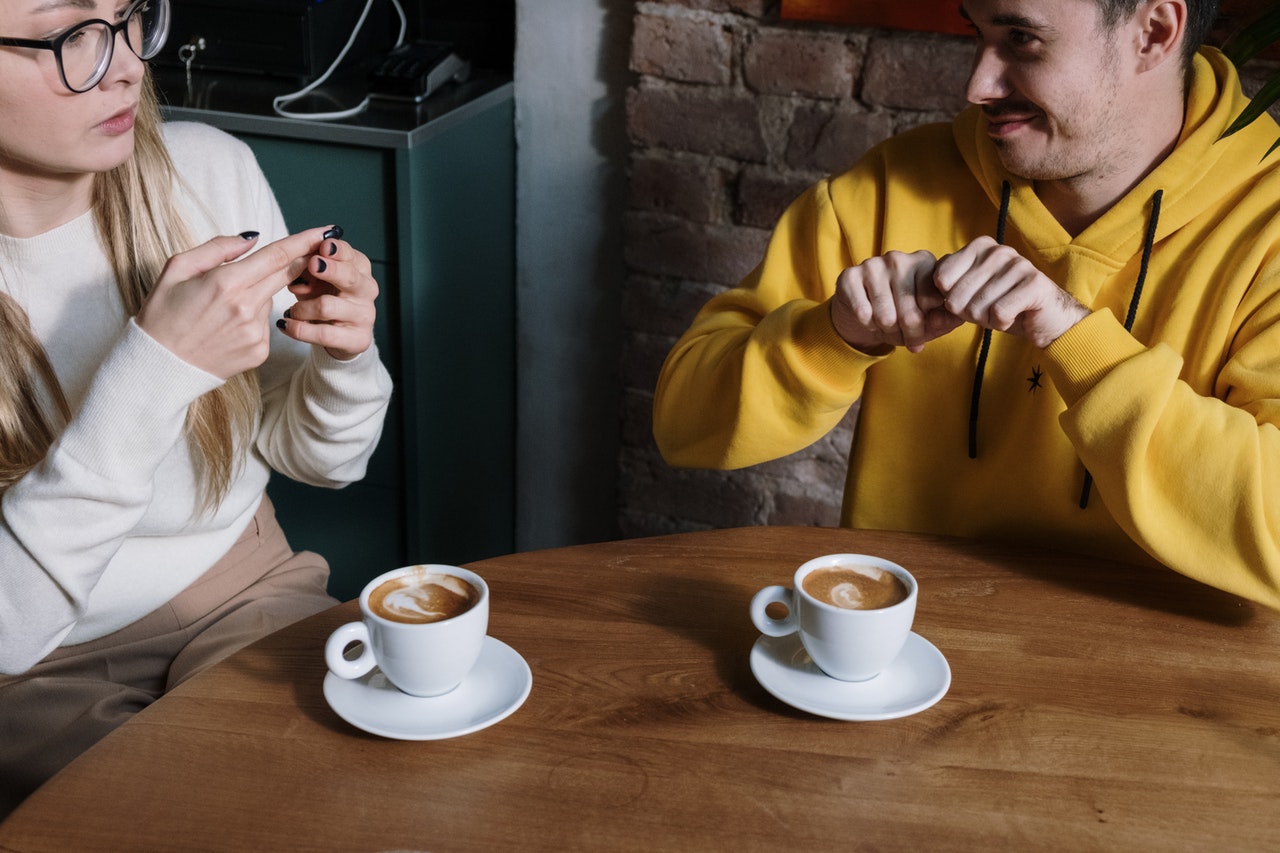 Photo by cottonbro from Pexels

In a recent post shared on Reddit, there was a discussion on what deaf people ‘see/hear’ inside their minds when they’re thinking or dreaming.

Many of the users with hearing loss described this as having a feeling in their head rather than a voice. Other users said they saw family members use ASL to sign to themselves when they were alone, just as a hearing person sometimes does when talking to themselves.

A person born profoundly deaf, later joined the conversation to give some interesting insight.

Their comment reads: “Before I got surgery for my cochlear implant/before learning ASL, I don’t exactly recall knowing about any “mental functionalities” like using a thinking voice.

“Most of my mental uses were re-imagining images in visual thoughts (if I wanted a hotdog, I’d visualize a hotdog). Besides that, my dreams were like silent films (and 95% still often are silent even after my surgery to help me hear).

“After that and being able to hear for some years, at some point, I developed an “inner voice” which just… doesn’t have any clear vocal sound to it? Yet, at the same time, kind… of… does? Kinda weird/hard to explain.”

“It’s a jump between ‘muffled ‘speaking’ sound as I think’ and ‘hollow echoes’ for my normal thinking voice, and when I read fiction with characters, for those who have pre-set voiced I re-imagine them in my head as to how they would act it out and it would ‘sound’ just like the tone I’d hear from the media they’re from.

“For the stories that aren’t adapted into any audio format, I make them up in my head and try to make them sound distinct if I felt like it, haha.”

They went on to explain that some of their friends with no cochlear implants, either don’t mentally see/”hear” anything at all and also don’t grasp the concept.

“They visualize floating hands signing to them in their mind space.”

They continued: “Back to my dreams thing, I sometimes dream them with semi-transparent CC/subtitles hovering what I’m seeing (sometimes at the bottom or near people’s heads like in some video games just without the speech bubbles).

“Or none at all, but my dreaming brain “narrates” my dreams to me, telling me info somehow? IDK if that’s a deaf thing though. but I’ve always found how I dream kind of fascinating.”

“The very rare sounds I “hear” in my dreams is kind of hard to explain as well, I can’t tell if they were close to authentic [to a deaf person with hearing] that my brain produced for my dream or just my brain trying to “reimagine” the sound in my mental voice while I dream??

“But it felt like there was legit real sound to it, but on the disorienting/surreal side.”