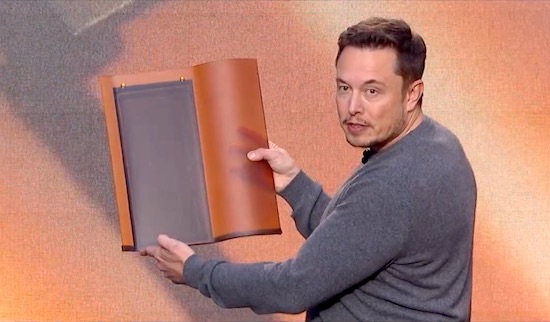 Undeniably, there’s enough crap going on in the world at the moment that it’s mighty time we all received some good news. 2017 appears to have been a complete mess so far, but that good news we’ve all been waiting for may be closer than we think.

Elon Musk is a South-African born, Canadian-American businessman, inventor, futurist, and engineer. So, it’s almost no surprise that this multi-talented guy is the bringer of good news and awesome new inventions.

With 8.6 million followers on Twitter, this guy is slowly finding the fame he deserves. But  this certainly isn’t his first achievement. Elon also:

His future aims include to colonise mars, reduce global warming and change the world for the better using science and technology (and a LOT of money).

In addition to all this, his LATEST invention is solar panels. Not just ordinary solar panels of course. The tiles are called Solar Roof. The reason these solar panels are different is because they essentially last forever. Stronger than any other kind, Solar Rood tiles are extremely resilient and come with infinite guarantee.

What this means is that people can save a whole lot of money, and potentially save the world. It means that there’s much less excuse for people to say no to installing solar panels.

If you love reading about how we can save the world, read HERE about hemp skateboards that are going to help solve climate change!