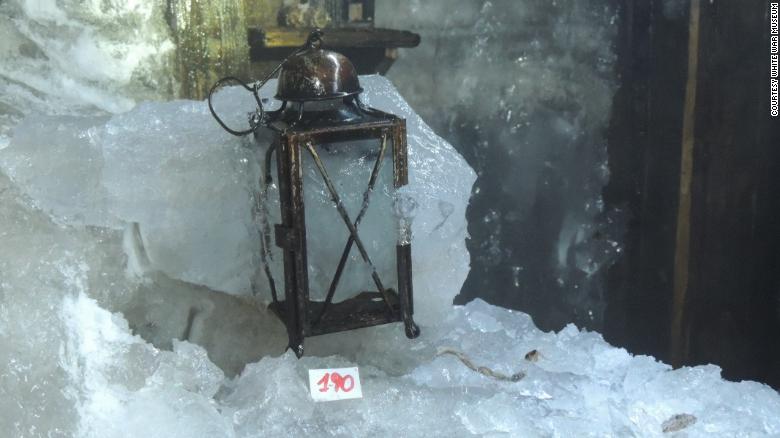 As the world’s glaciers are melting at an accelerated rate due to climate change, new and strange scientific and historical discoveries are being made. One such discovery was recently made in Italy – as a melted glacier revealed a positive treasure trove of artefacts from the First World War, hidden away in a cave shelter.

Located near Mount Scorluzzo’s peak in northern Italy, at around 3,094 metres high, the cave shelter has been known to researchers for some time now, but access was blocked by the surrounding glacier. However, since it began melting in 2017, experts have slowly made their way in.

Over nearly four years, an estimated 60 cubic metres of ice was removed from the cave in annual excavations, and only now can the researchers report the fascinating objects they found inside. Wit the artifacts ranging from food and dishes to jackets made from animal skins, Stefano Morosini, historian and scientific coordinator of the heritage project at Stelvio National Park told CNN that these evidence the “very poor daily life” of soldiers in World War I.

During the First World War, conditions on the mountain were unrelenting, with temperatures dropping to as low as -40C. Alongside these “extreme environmental conditions,” the Austrian troops had to work hard to make sure the shelter was invisible from the ground and air from Italian soldiers.

Since 2017, more items have been uncovered as the glacier ice continues to melt, including the bodies of two soldiers, complete with documents that allowed them to be identified and sent back to their families. Preserved uniquely in the heart of an icy glacier, Morosini described it as a “sort of open-air museum.”

As of now, 300 different objects have been recovered from the cave shelter, not limited to straw mattresses, coins, helmets, ammunition, and newspapers, as well as clothes and other military kits. All of these artifacts are intended to be preserved and stored in a First World War museum in the northern Italian town of Bormio, set to open in 2022.

Morosini told The Guardian, “The knowledge we’re able to gather today from the relics is a positive consequence of the negative fact of climate change.” As climate change continues to ravage our planet, more historical discoveries like this are sure to come, for better or worse.

For more stories about the strange effects of climate change, click here to read the Japanese cherry blossoms blooming earlier due to global warming.