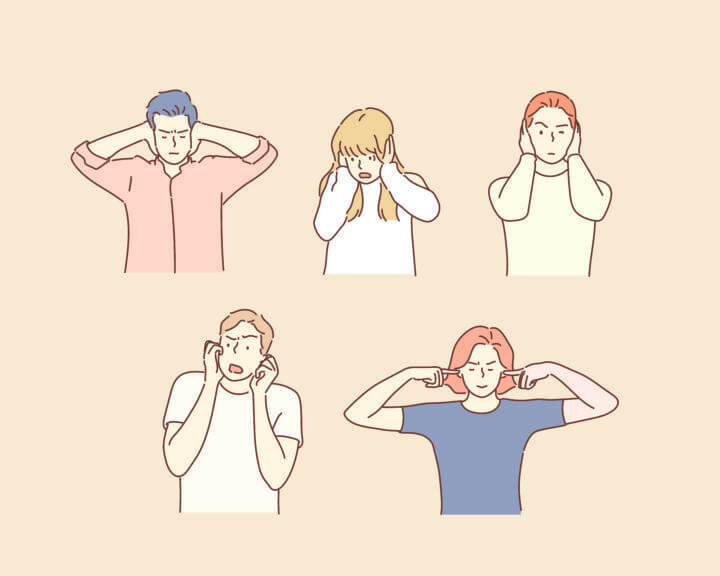 There’s no easy way of spelling the sound which is plaguing everyone’s FYP and Instagram feed except ‘AUGH’. It’s best described as a groan or snoring sound which has been all over TikTok and Instagram. The ‘augh’ sound is slipped into otherwise normal-looking videos, catching casual scrollers off guard. But where did it even come from?

The ’augh’ sound has been circulating the internet since late 2021 but is still popular now in late 2022. According to Know Your Meme, the sound is used without context in most videos, almost like a ‘jump-scare’ due to how loud and sudden it is. Perhaps the sound is so irritating because it has outstayed its welcome. Having been around for almost a year now, it has outlived the typical month-long lifetime of most memes.

However, despite being arguably overused, the meme format for the sound has evolved since 2021, turning into a somewhat new meme altogether. Originally, the ‘augh’ was used in POVs to describe sleeping next to someone with an obnoxious snore. It was also used to describe other weird noises a person might make, such as laughing. The meme wasn’t hugely popular in this format, which is why it slipped under the radar for most.

The format the meme has taken now (which is the one everywhere) is adding the sound into a normal video with no warning or context. Usually, the video is captioned with “my X just made a weird sound” followed by the ‘augh’ noise. This can range from peoples’ pets to them dropping an object, with the ‘augh’ sound appearing.

The AUGH meme is nothing new

Although the sound effect is relatively new, the meme’s format is very similar to older memes. The infamous Roblox death sound (‘oof’) was used in an almost identical way to the ‘augh’ noise back in 2016. The ‘oof’ was used in videos when something was thrown, fell, or an otherwise funny action occurred.

Likewise, using an audio clip and captioning the video as something making a weird noise is nothing new either. From 2016 to 2017, a less viral meme of a man dropping a screw into a turbine engine with a sound inserted as the screw fell made became semi-popular on social media. In the video, the man says that when he drops the screw, you will hear “the terrible sound you never want to hear when working on turbine engines”. After this statement, another viral meme sound will be played, such as the song ‘Down Under’ by Men At Work or the ‘Omae Wa Mou Shindeiru’ (‘you are already dead’) sound from the anime Fist of the North Star.

Where did the ‘AUGH’ sound even come from?

Despite the ‘augh’ sound being everywhere now, its exact origin is murky. One theory is that the sound is an edited snore taken from a video from 2020 where a Chinese security guard allegedly fell asleep over a loudspeaker. However, this theory was somewhat debunked on Reddit. Redditor Leevotion commented that the video was a fake on a repost of the video to r/China. They also added that the audio was from a girl recording her boyfriend’s snoring inside a karaoke booth.

The most trusted sound source comes from Portuguese TikToker @clarabarruscosta in August 2021. She a video of her grandparents sleeping in bed, attributing the snoring to her grandpa, captioning it with “me sleeping at my grandmother’s house”.  Following this, the sound was used over 46,900 times by late February 2022, sparking the initial meme format.

As with most memes, over time they become less funny and more irritating. The ‘augh’ sound is losing its appeal, with people finding it annoying that every other video they scroll past contains it. It’s high time the ‘augh’ sound finally went to sleep (more quietly this time).

In this article:Featured, Interesting, tiktok