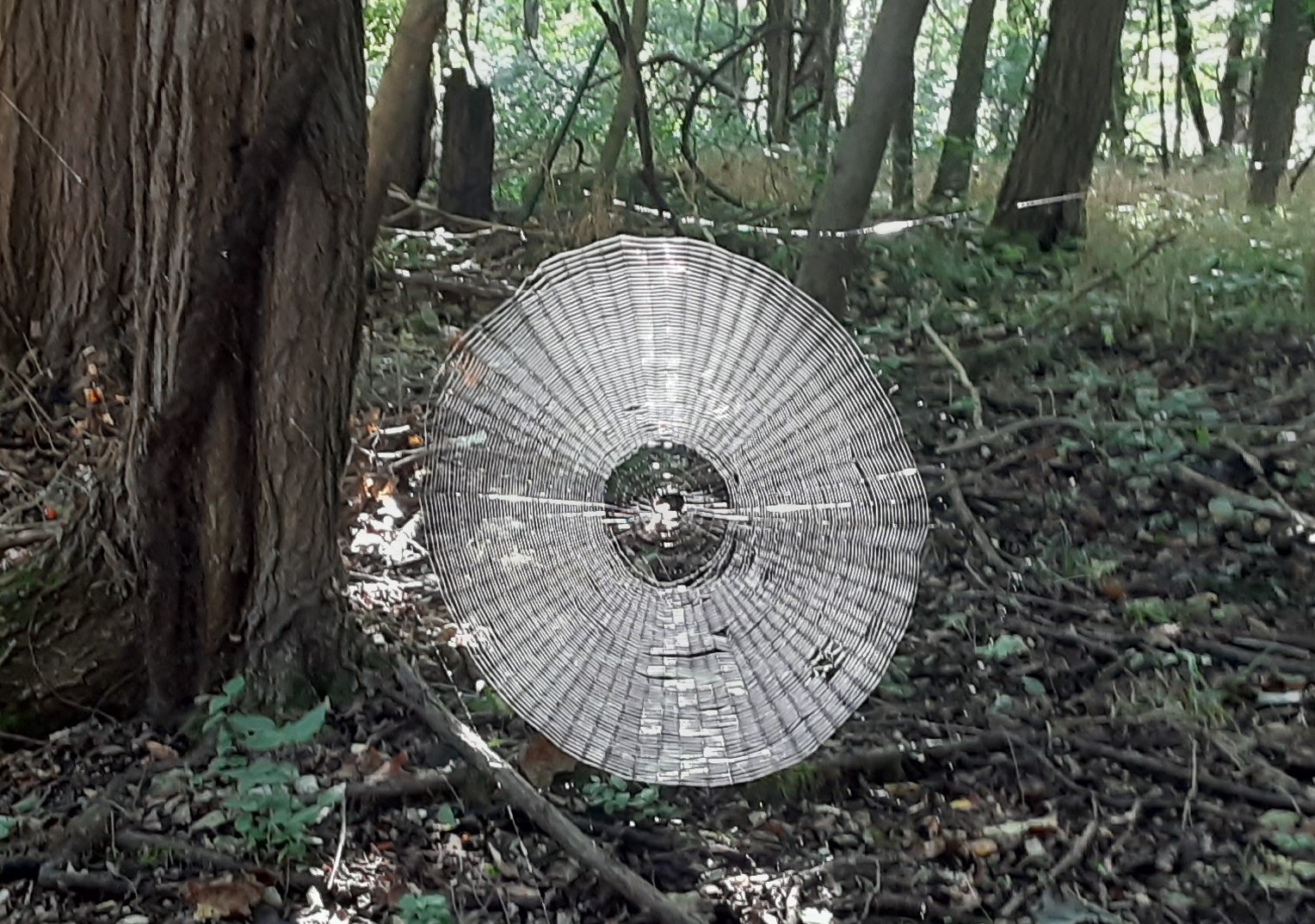 To many people’s horror, larger-than-normal spider webs are being spotted around Missouri, and just in time for Halloween.

Huge spider webs are creeping up around the forests of Missouri, US, and some are afraid they are even large enough to entangle humans.

One monster web was found by the Missouri Department of Conservation on a trail near Springfield. The organisation posted a photo of it on its Facebook page.

The spiderweb above is produced by an Orb-Weaver, and is slightly bigger than a dinner plate, the organisation said.

People were understandably put off, with one commenting: ‘Gorgeous piece from an architect of nature .. until you run into it!’

Another said: ‘Well, and Springfield used to be my favorite place’.

Despite the freakishly large webs, the spiders themselves are not the oversized creatures you would expect. Their bodies are actually only about half and inch long, minus the legs.

Orb-Weavers (shown below) are brown-spotted in appearance, and some species can have very hairy or spiky backs.

The spiders are commonly found in open woods, brushy fields, in tall grassy areas, and also in the eaves of houses and barns.

But not to worry, these 8-legged crawlers ‘don’t bite unless molested, and their bites are not dangerous, anyway’, according to the Missouri Department of Conservation website.

‘Although they may seem ferocious, outside their webs and hiding places these delicate creatures are quite vulnerable to predation themselves’, the website reads.

So it’s just the giant webs to worry about, unless you like your Halloween decorations au-natural.

In a spooky mood? Check out these two Stephen King adaptions on Netflix.