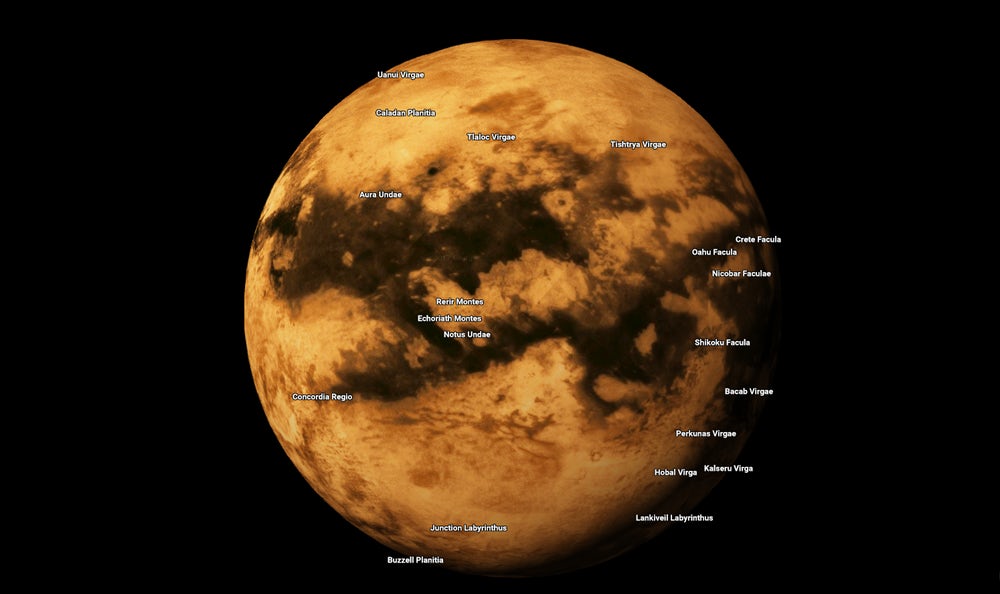 Google Maps is no longer purely for stalking your mate’s new house during office hours, now you can explore the solar system thanks to Google’s new addition.

Using images from NASA and the European Space Agency, you can now view our own planet from the International Space Center, as well as other planets and moons, such as Venus and Pluto.

Space out to the moons and back! With 12 new planets and moons to explore, the @googlemaps galaxy just got bigger → https://t.co/0UDVoklfTn pic.twitter.com/cJKvGHN3iH

In a press release Google said:

“Explore the icy plains of Enceladus, where Cassini discovered water beneath the moon’s crust—suggesting signs of life. Peer beneath the thick clouds of Titan to see methane lakes. Inspect the massive crater of Mimas—while it might seem like a sci-fi look-a-like, it is a moon, not a space station.”

“”Twenty years ago, the spacecraft Cassini launched from Cape Canaveral on a journey to uncover the secrets of Saturn and its many moons. During its mission, Cassini recorded and sent nearly half a million pictures back to Earth, allowing scientists to reconstruct these distant worlds in unprecedented detail.”

“Now you can visit these places—along with many other planets and moons—in Google Maps right from your computer. For extra fun, try zooming out from the Earth until you’re in space!

For the time being, the feature is only available on laptops and desktops.

However, it has been pointed out that the system does have some errors, but you’d have to be a space expert to know this:

Anybody know who I should talk to at @Google to let them know that several of the icy moon maps have names & image offset by 180 degrees?

If this isn’t an issue for you, get busy exploring our solar system.

Not a space fan? Check out these locations closer to home that Google doesn’t want you to see.