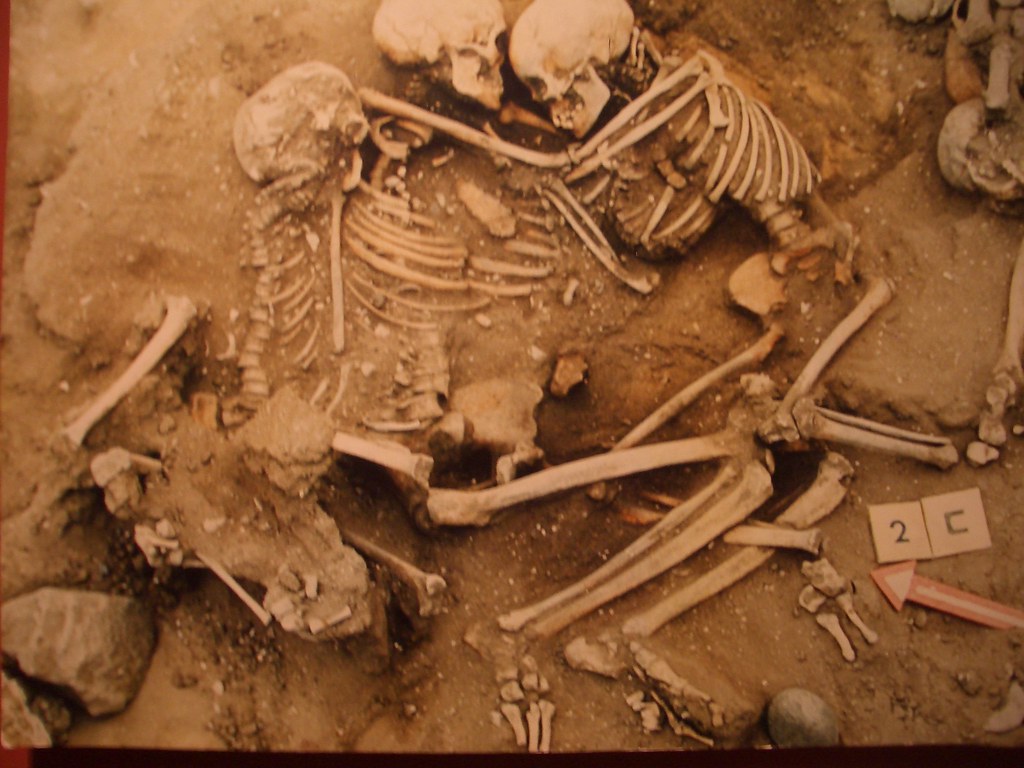 Before we get into the archeological significance of this piece I’d like to say something about death. As one teacher once said to me, “the only thing you have to do is pay taxes and die.” This may be startlingly true, but on a more spiritual note there is so much emotion surrounding death.

Every culture around the world thinks about death differently. For example, ancient Egyptians used to believe they were reincarnated Gods. They would spend their whole lives preparing for their own death to finally become reunited with the others.

Our ancestors created tombs and preserved the bodies of the deceased. Immortalizing them. In today’s world we may not follow these same traditions but there are similarities that persist.

Funerals; our own modern ritual to honor and send off our loved ones. How about a wake? It’s expected all of our close friends and family share the grief of the loss together. As desensitized as we have become to death and her gentle grasp on all our throats we still pay our respects.

Anyways, enough of me talking. An actual burial site was uncovered in Westminster Abbey. There are said to be hundreds if not thousands of bodies buried here. It’s hard to get an exact number when the site has been underground since Kind Henry III in the 1250’s. Well actually the site was reused as a burial in the 18th century as well. Let’s just say there is a lot of bodies.

Archeologist have uncovered more than just the bodies it turns out, but a snap shot of their life and time. Along with the bodies were remnants such as a stoup, thought to be a hand washing station, a lead pipe from the 13th century used for pluming, and painted wall plasters that showed to have flowers on them.

Along with these were some plates, pots, combs, and drinking glasses. It’s safe to safe even back then people were getting crunk. Especially when burying a loved one.

Researchers suspect that the bodies reach far further than what has been uncovered. With the inability to navigate the ground beneath the established buildings it’s impossible to say. Bodies could be buried everywhere. Spooky yet remarkably interesting stuff here.

Every time a discovery like this is made I think it’s good for everywhere to take a moment to appreciate the life we are all living. It’s even more important to remember those who were taken too soon. Watch this touching, heart felt documentary trailer on the last moments of Robin William’s life.