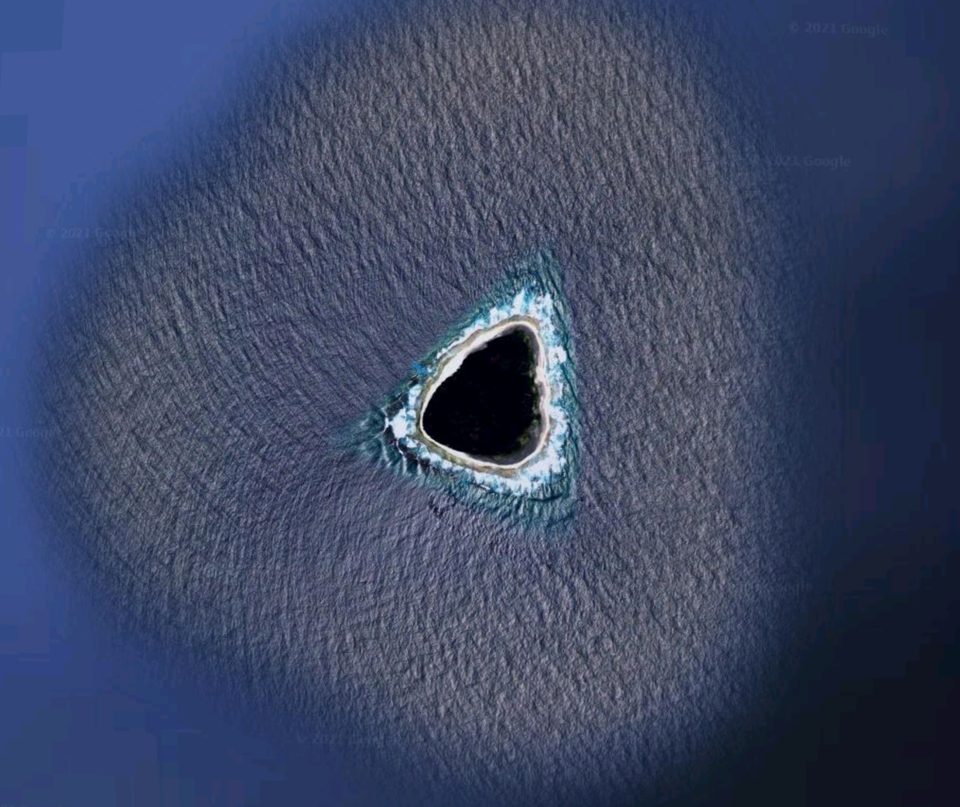 A strange island has bee spotted on google maps and it’s generating quite a few conspiracies.

While one user was looking for their internet holiday destination, they cam across something rather peculiar. It should be noted that Google Maps is no stranger to odd findings, you may remember the giant rabbit, or the phantom buildings, or some atrocious double parking. But this is something new, an entire island that has been blacked out.

Blacked out areas on Google Maps is not uncommon. If they don’t have access to an area or if someone doesn’t want their property visible to the public those areas are blacked out. But an entire island is rather odd and generated quite a few theories.

One user said “God dropped his guitar pick” commenting on the triangular shape of the island. Another said “Ladies and gentleman they have found the island in Lost“. But one Reddit user thinks they’ve solved the mystery. And brace yourselves, because it’s not nearly as interesting as you would have hoped.

This user said: “OK so the real answer is the blue colour around the island is a painted-in colour so the oceans look uniform in the maps. Islands are added by erasing some of that blue to let the satellite image show through. Sometimes they do a sloppy job. So what you are seeing moving inward is: artificial ocean colour, real ocean with waves, beach, island. As for the shape, idk man islands come in all shapes and sizes I don’t discriminate.”

The reason that such a mistake has been made may be because it’s not an island at all, it’s an atoll (and yes I did have to google that). An atoll is ring shaped coral reef, island, or series of islets that encircle a lagoon. Meaning the centre of this “island” should actually be water, not the black abyss of despair.

Despite the very reasonable and logical explanation for this phenomena it is still and interesting discovery. Maybe next time you’re virtually traveling to your virtual holiday destination you might spot something unusual that a Reddit user can explain away with facts and knowledge.