The constant zooming that we have all been doing this pandemic may have started to entreat our minds in the form of nightmares and general burn-out; writers have used this as inspiration for a new Zoom-based horror movie which will leave many of us uneasy when on future Zoom sessions.

The 56-minute long ordeal aptly titled “Host” tells the tale of a group of friends that begin conducting spirits and the dead over Zoom. Set and created during the lockdown, creators Rob Savage, Jed Shepherd, and Gemma Hurley weave an incredibly realistic and relatable story that is bound to scare all of us constant Zoomers. Savage was inspired when trying to prank his own friends over Zoom (which he gained internet fame over after posting its’ success).  He found the setup and the reaction over Zoom to be easy to follow and entertaining to watch and then spent 12 weeks creating a story centred around being spooked on Zoom.

Over the course of the movie, strange things begin to occur over Zoom as the group of friends hire a medium to conduct a seance (highly recommend you not to do so) over a group call. If you are faint of heart and still have to use Zoom for the considerable future it may be wise to skip this one unless you are really looking for a thrill.

The film has been exclusively released on horror movie streaming site Shudder and you can access for free during a week-long trial of the service. So far the film has received huge praise for its’ ingenuity and ability to create suspense and fear out of things that have become mundane and routine to the many of us during this pandemic. Out of the 50 reviews on Rotten Tomatoes it has a 100% rating, with an audience score of 7.9/10. If you are in need of a thrill and maybe an excuse to get out of future Zoom meetings by suggesting that they may be possessed why not take a look—you definitely might want to skip a couple of calls after this movie though. 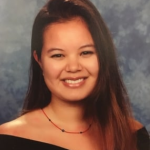