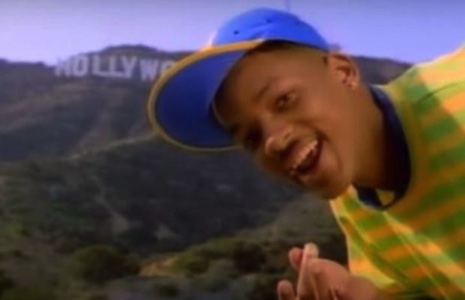 Will Smith cannot stand watching his first performances in the hit show, ‘The Fresh Prince of Bel Air’.

Will Smith is pretty much a household name. If he isn’t in your home then seriously, you need to get out more.

As well as being a movie star, and dad to Willow and Jaden Smith, he gave the world, ‘The Fresh Prince of Bel Air’. It ran from 1990 to 1996, airing six seasons and 148 episodes. Yes, some of you will know this already from binge-watching the show!

Anyway, despite the show’s huge success, Will Smith can’t stand watching himself in those first few episodes. He tells the Graham Norton Show:

It was my very first role, and I was very, very focused on being successful, so I learned the whole script and everyone else’s lines. If you watch the first four or five episodes, you can see I’m mouthing other people’s lines. It’s terrible and I can’t bear to watch it.

Don’t worry Will, we love you and the show all the same! But, the star admits that there won’t be a ‘Bel Air’ reunion anytime soon. He told ET in August:

Stuff [would have] to go really wrong for there to be a Fresh Princereunion special. Like, I don’t know what would have to happen! Nah man, you can’t touch stuff like that. It’s so nostalgic for people– I’m not going nowhere near that.

And here’s something to make you love the man even more!