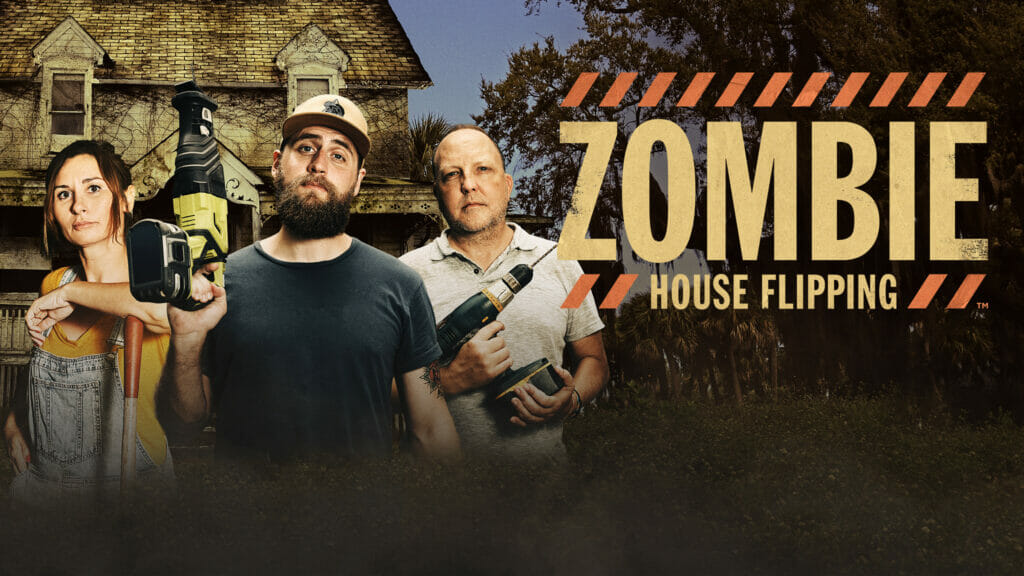 Zombie House Flipping is a reality television programme that explores the recent trend of house flippers scooping up foreclosed and often abandoned zombie houses and renovating them to return neighbourhoods to their former glory. The show made its debut on January 30, 2016. The seasons consist of Hour-long episodes showing the inner workings of this high-stakes world full of unexpected disasters, hidden costs, and quirky personalities.

The show operates in Orlando, Florida and stars Justin Stamper, Ashlee Casserly, and Keith Ori. They found fame through flipping rotting, abandoned properties. Justin Stamper started buying houses at the courthouse steps auction and worked up to become a full-time house flipper and wholesaler in Central Florida. Ashlee Casserly moved to the US after her bachelor’s degree to achieve the American dream. Keith Ori’s work and talent earned him the confidence to pursue other rentals and rehabs.

Each episode highlights Florida’s true appeal, where so many unseen sights are unique to this state. We see a thorough description of how the homes should be constructed on such a constrained schedule and budget. All this is done while attempting to recover some of the labour and expense that went into these houses.

The series will release its fifth season on December 3 2022, on A&E Network at 11 PM ET. It will conclude with ten episodes on February 4 2023. The episodes can also be enjoyed on Hulu, and its live streaming will be done on DirecTV and Fubo TV. The first episode is titled Fort Worth Canyon Ridge. We will see the zombie renovators returning on the screen with new and unique projects, including one in the Blue Mound neighbourhood.