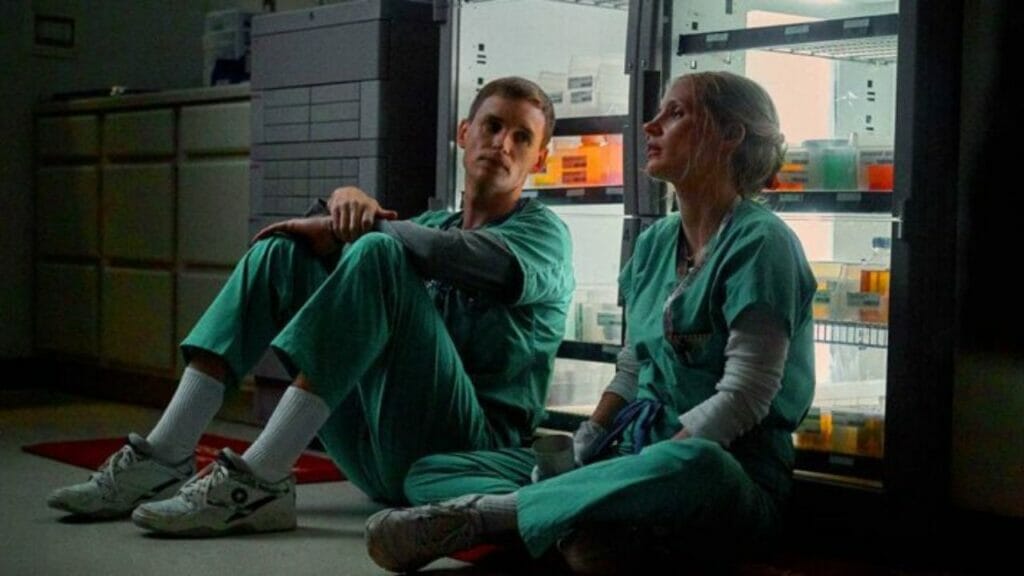 Based on a true story, The Good Nurse stars Jessica Chastain and Eddie Redmayne as Amy Loughren and Charles Cullen, two nurses whom forge a close bond while working together during the night shifts in the intensive care unit at a hospital in New Jersey.

However, Charles turns out to be involved in the mysterious deaths of many hospital patients and has gotten away with the crimes for many years. When Amy learns of his heinous crimes, she decides not to work with the authorities to take him down but instead takes matters into her own hands and works to take him down herself.

Have you been waiting for the upcoming Netflix movie to release? If so, start making sure your friends and family know all there is to know about it. It’s due in a few weeks, so be prepared to catch up on everything happening before.

Tobias Lindholm directs the film from a screenplay by Krysty Wilson-Cairns. It tells the chilling true story of single mother nurse Amy Loughren and her co-worker, Charles Cullen. They help the police in Cullen’s arrest after she learns of what he has done to people under his care.

In December 2003, Amy met with Charles at a local restaurant to extract a confession from him. After listening to the recorded conversation, there was enough evidence for probable cause of arrest, and Charles was taken to the police station.

But where is Amy Loughren in 2022? Is she still alive? We shared where the heroic nurse is today.

The Good Nurse true story: Where is Amy Loughren now?

At the opening of TIFF 2022, press members and fans gathered to meet The Good Nurse cast. During a press conference, the cast talked about how they got in character. Then on October 10, at the London Film Festival, Amy and the rest of the cast had a meeting to share their insights with those who couldn’t attend. The most recent event where Amy was seen was on October 18, when she attended the NYC premiere of her film, The Good Nurse.