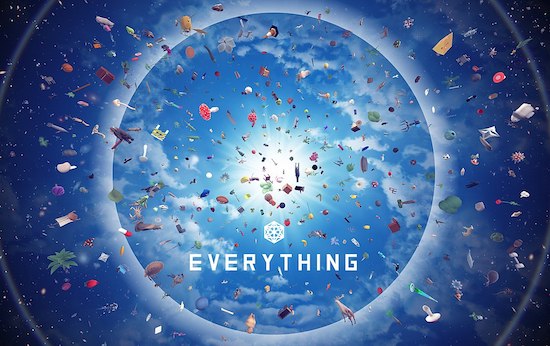 All of us gamers have played what seems to be the most perfect video game…but there’s always something missing. Maybe it’s the character’s gear, maybe it’s the gameplay movement or the graphics. Something’s just off, making what could’ve been a perfect game somehow flawed.

David O’Reilly, the artist behind several bizarre animations, decided to create a video game where you could become anything and everything. If you can think it up, you can become it, so long as it is a part of our conceivable universe. O’Reilly is the mind behind the cult episode of Adventure Time and the vulgar video game stimulation in the movie Her. Now, he’s bringing us all that we ever wanted out of a video game.

Check out Everything here:

I know, I know, you’re currently adding the game to your online shopping cart but before you cash out, check out these 5 Ways to Make Money Playing Video Games!

In this article:David O'Reilly, Entertainment, Everything, gaming, video games