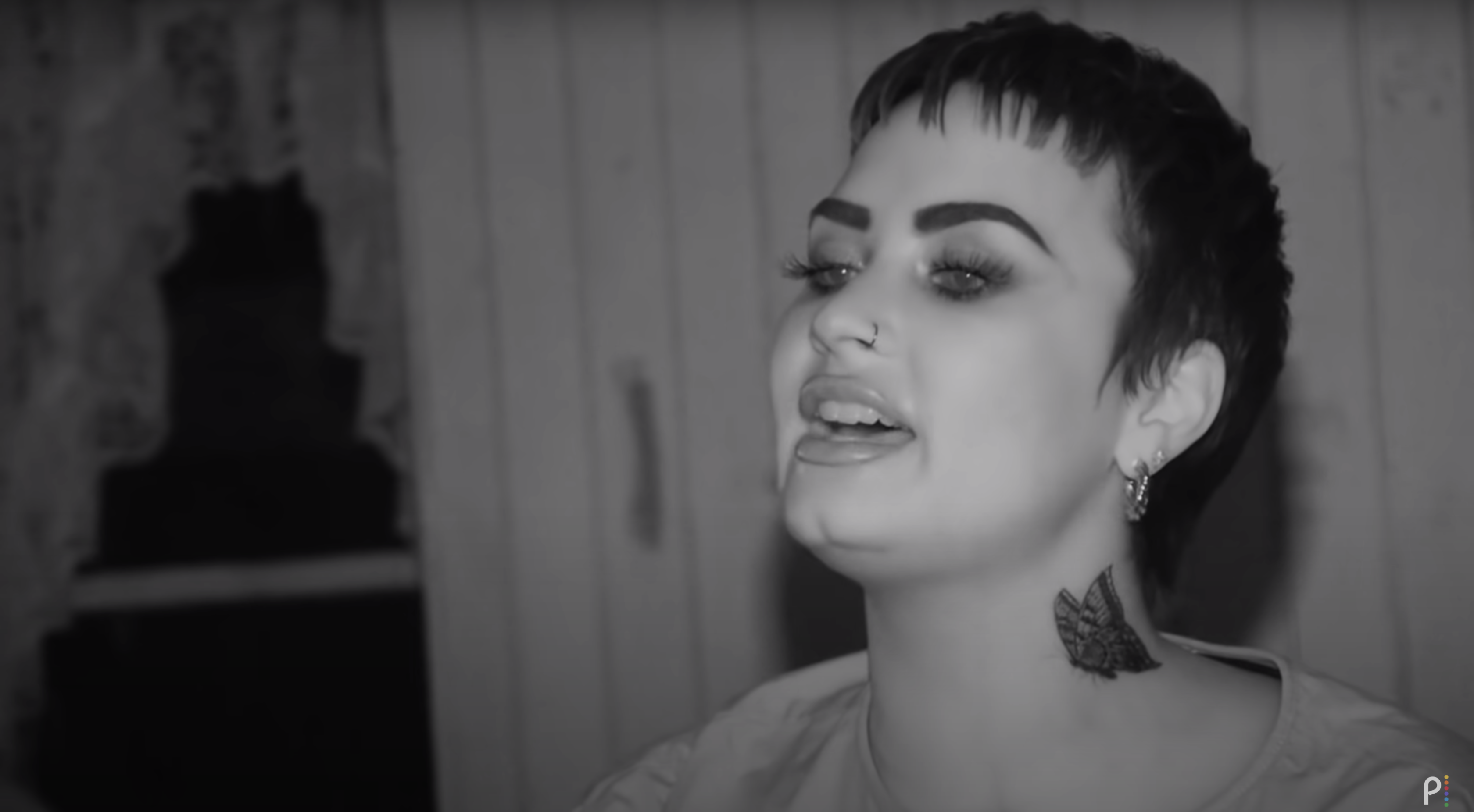 Demi Lovato sings to a ghost as part of the series ‘unidentified’ to help heal past trauma supposedly caused by sexism.

Unidentified is a program in which celebrities explore their interest in the. supernatural. In a video posted in September that has since become popular on Reddit, Demi Lovato encounters a ghost who has past trama with men.

In the video, the ghost refuses to speak to the two other men in the house, paranormal investigator Chris Smith and friend Micheal Scott until they step out of the room.

The Ghost’s responses are measured via an EMF detector. An EMF detector is a special device that lets you know when supernatural communication has been made. Based on the responses, the trio takes a guess on what the ghost wants or feels in the moment.

Lovato tries to connect with the ghost over their shared experience with men in the video, bonding over trauma caused by sexism. They call the ghost a “star person” who is also traumatized.

They proceed to sing “skyscraper” to the ghost, in exchange for the ghost allowing the men back in the room. Lovato has spoken about their experience at Vulture City. They said:

“We were originally setting out to search for UFOs and ETs [extraterrestrials] and then we came across this city called Vulture City.

“Vulture City is known for these ghosts that lived in an old brothel, and so we set-up those machines [EMF detectors] and I decided to sing for them and they went off when I finished.”

This latest video is not out of character for Lovato, as she often speaks on topics close to her heart. They recently came out as non-binary and has spoken about gender norms and pressures of society frequently. Watch the clip below: