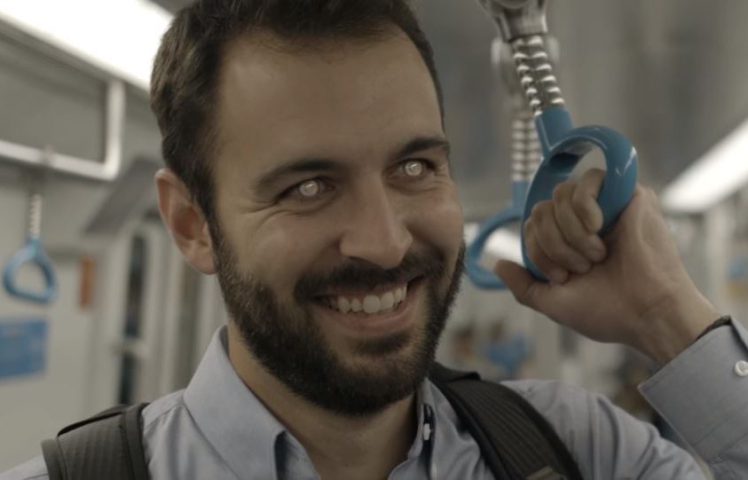 Following on from my last post on the disturbing season three premiere, ‘Nosedive’, in which people’s life choices are scored and subsequently impacted by a ratings system app, Charlie Brooker’s hit series, ‘Black Mirror’, again demonstrates its eerily prescient capabilities.

Netflix and Black Mirror have now collaborated on an advert. ‘Introducing Netflix Vista’ features a society of the not-so-distant future, where everyone can access Netflix anywhere as a result of being so in tune with technology that they’ve, essentially, become cyborgs. In short, they have a chip and lens device installed in their heads. Hard to believe? Well, not really. Folks already walk around buried in their mobiles (obviously the inspiration behind the episode title ‘Nosedive’) and now virtual reality is catching on in a big way. Clearly, something wicked this way comes…

Here’s a series of illustrations that…illustrate…just how buggered we all are.