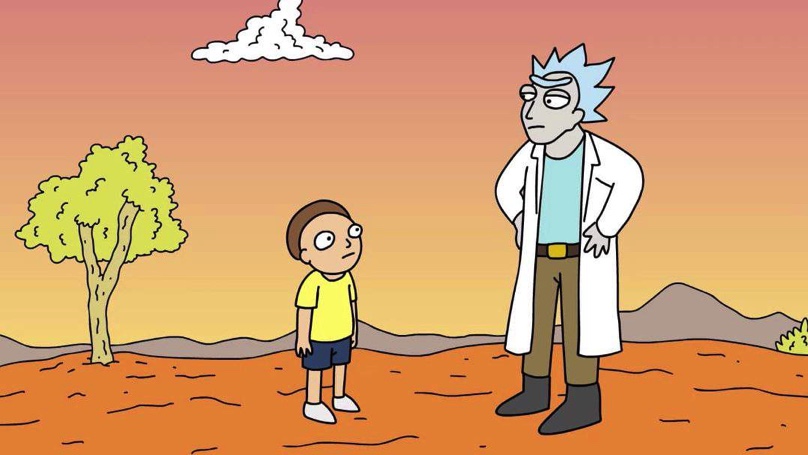 Any Rick and Morty is good Rick and Morty, but this was a little weird, to say the least. Released on Adult Swim’s website, the short “Bushworld adventures” shows the boys going on yet another adventure. However, Morty passively joins Rick despite his mother and sister screaming. Rick eventually threatens Morty with a gun and it only gets weirder from there.

However, the best part is the all too familiar feeling of filling your car up with the wrong kind of fuel. We hope it never happens to us, but seeing Rick do it after he’s threatened Morty, it is kind of cathartic.

Have you ever wondered what Rick and Morty would be like in Austrailia?

The animation in this short is noticeably different and less clean than the official series. The characters are referred to as “Reek” and “Mordi” to tie in with the Australian background. There are a lot of references to Morty’s penis, and things get a bit graphic. Although, the humor is so similar, despite being from the mind of Michael Cusack. Michael is an Australian animator, making the setting in the bush so much more understandable. Studio Yotta also helped on the animation of the special.

While we wait for the long-awaited season four, which has already experienced setbacks, this will whet our appetite.