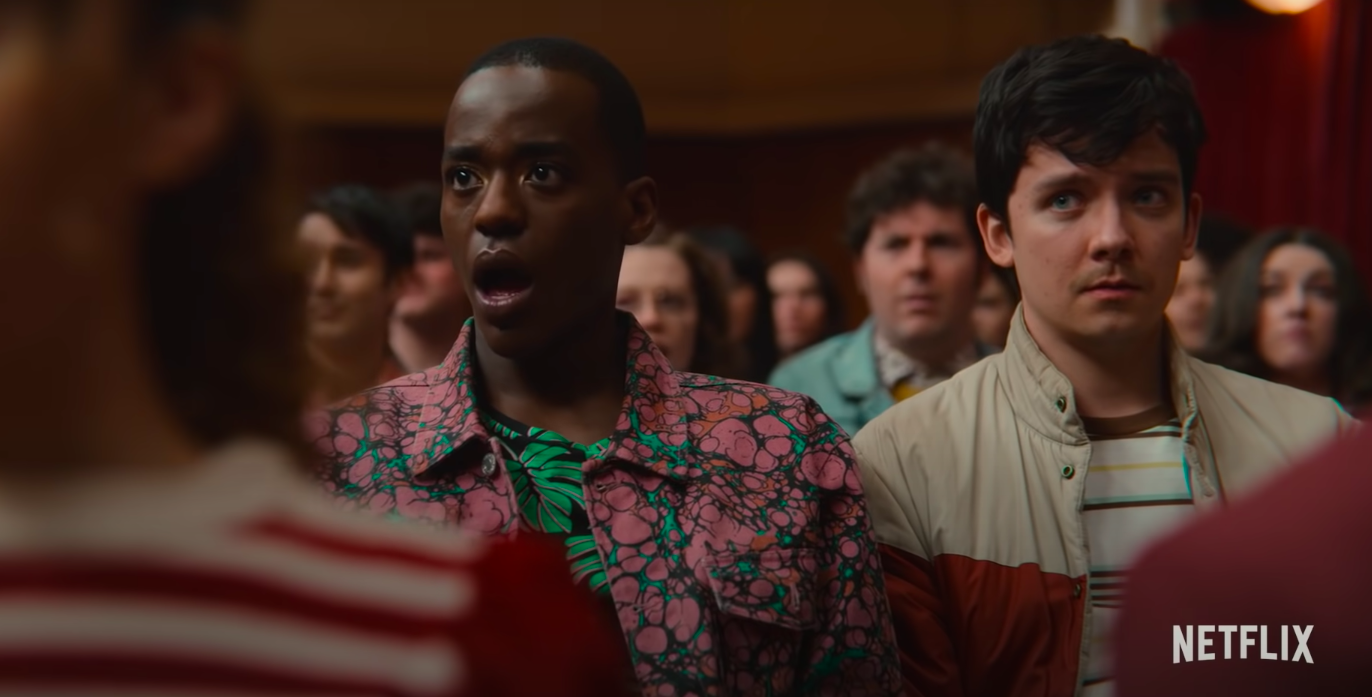 It seems there are some big changes ahead for Otis and the rest of the gang.

Netflix just dropped the trailer for the highly-anticipated third series of Sex Education and we can’t wait.

The next instalment is set to drop on September 17th – and since the last series ended in early 2020, we have a lot of unanswered questions.

Check out the trailer here:

There’s a lot to unpack here: Are Otis and Ruby dating? Are our fave besties Maeve and Aimee Fighting?

One thing’s for certain, that a lot of familiar faces are returning to the screen. Asa Butterfield will reprise his role as Otis, alongside Ncuti Gatwa as Eric and Emma Mackey as Maeve.

However a few new faces are joining the cast, including Harry Potter star Jason Isaacs. Isaacs takes on the role of Peter Groff, who is Adam’s wildly successful uncle.

In addition, Moordale Secondary School is getting a new headteacher ‘Hope’, played by Girls star Jemima Kirke. And it seems she has much bigger plans for Moordale than just implementing a new uniform…

The trailer also gave us a hint that some couples from series 2 are still together: Otis’ Mother Jean, and Ola’s father Jakob can be seen getting hot and heavy. And speaking of Ola, it appears her and Lily are still going strong, just like Aimee and Steve.

However, one of season two’s biggest shocks – Eric and Adam – seem to steal the limelight in the season three trailer, as multiple scenes are shown of them kissing and holding hands.

The trailer also shows a glimpse of Maeve’s neighbour Isaac, who contributed to the downfall of Maeve and Otis’ relationship in the second series. In the trailer Otis and Maeve can be seen battling with their unspoken feelings for one another.

But it appears that both of them may have moved on – is this the end of Otis and Maeve forever?