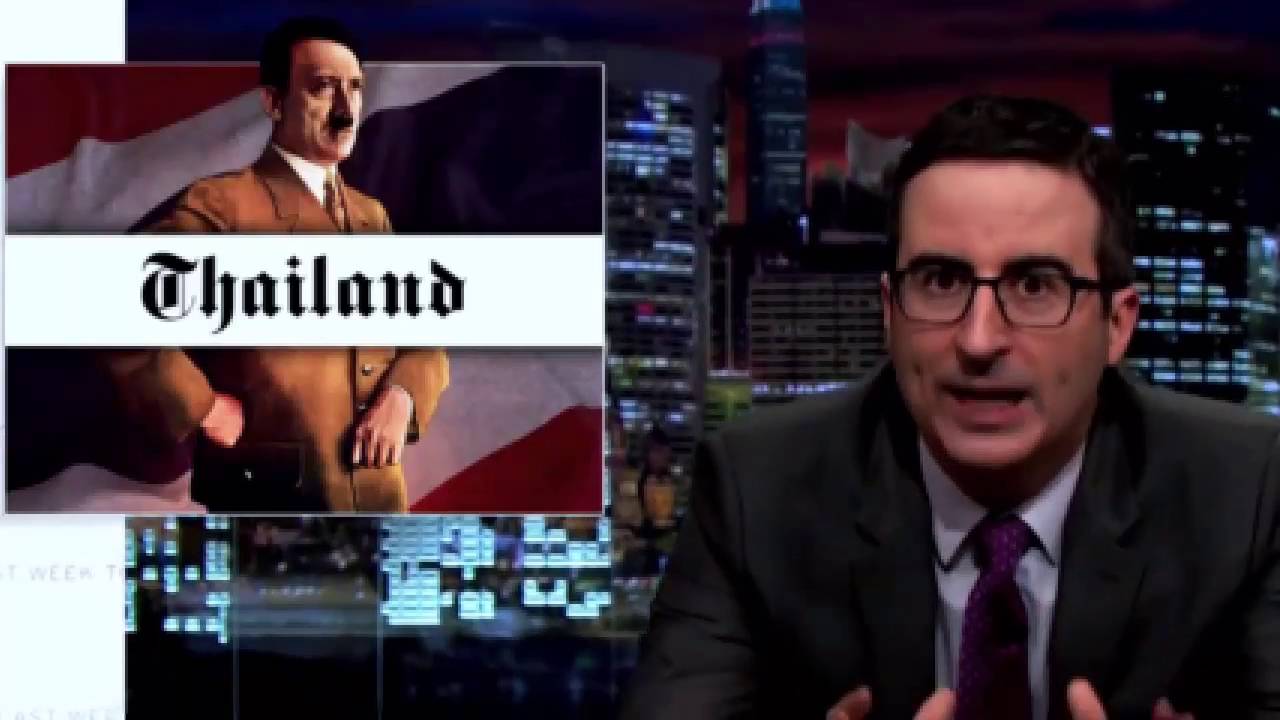 John Oliver revealed a mural of super heroes with Hitler in the background at a university in Thailand. There’s also a chicken restaurant like KFC, yet their mascot is Hitler. The evil mustache mastermind has even influenced a boyband, where each member wears a swastika and a Hitler stache. My personal favorite is a billboard of Hitler as an advertisement for herbal tea that says, “Release the demon.” However it’s difficult to tell if the country is blatantly racist or just misinformed from world history classes.

Not sure what that university is teaching students, but a lot of the academics seem to focus on Marvel, DC Comics, and Hitler. I’m sure these people, while wearing their Nazi panda shirts, experience some fiery herbal shits, courtesy of the dictator himself.

Amateur at best, Oliver opens up with a strong French impersonation of smoking and lovemaking. He even says the word “wanker” with an Australian accent. His angry Japanese impression, although semi racist, was an excellent attempt at an angry Asian man. The comedian’s impression of Americans was a home run with his talk about coal and cars.

It’s good to laugh at ourselves every now and again, thanks John. Be sure to check out his description of countries also.

Lastly, check out this article on how President Trump dominates the news.