Obviously, Astley still has a plethora of fans to this day. It so happened that Dave Grohl of Nirvana and The Foo Fighters, was amongst those fans. Coincidentally, since Grohl was a main attraction at the Summersonic Festival in Japan, over the last weekend; Grohl bumped into Astley backstage. Assumably, when these two legends met, Grohl thought to invite Rick out on stage to perform—yep, you’ve guessed it: “Never Gonna Give You Up” with the rest of the band.

And as these words spill out of my mouth, I know that I’m not the only one jealous here. Like I missed a jaw dropping, foot stomping performance of The Foo Fighters and Rick Astley—together! Performing a remixed-rock version of “Never Gonna Give You Up”. I mean hey, I’ll get over it. I hope.

Are you a fan of legends as much as I am? Remember A Legend Not Soon To Be Forgotten: Chester Bennington. 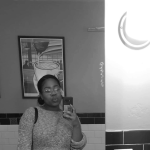