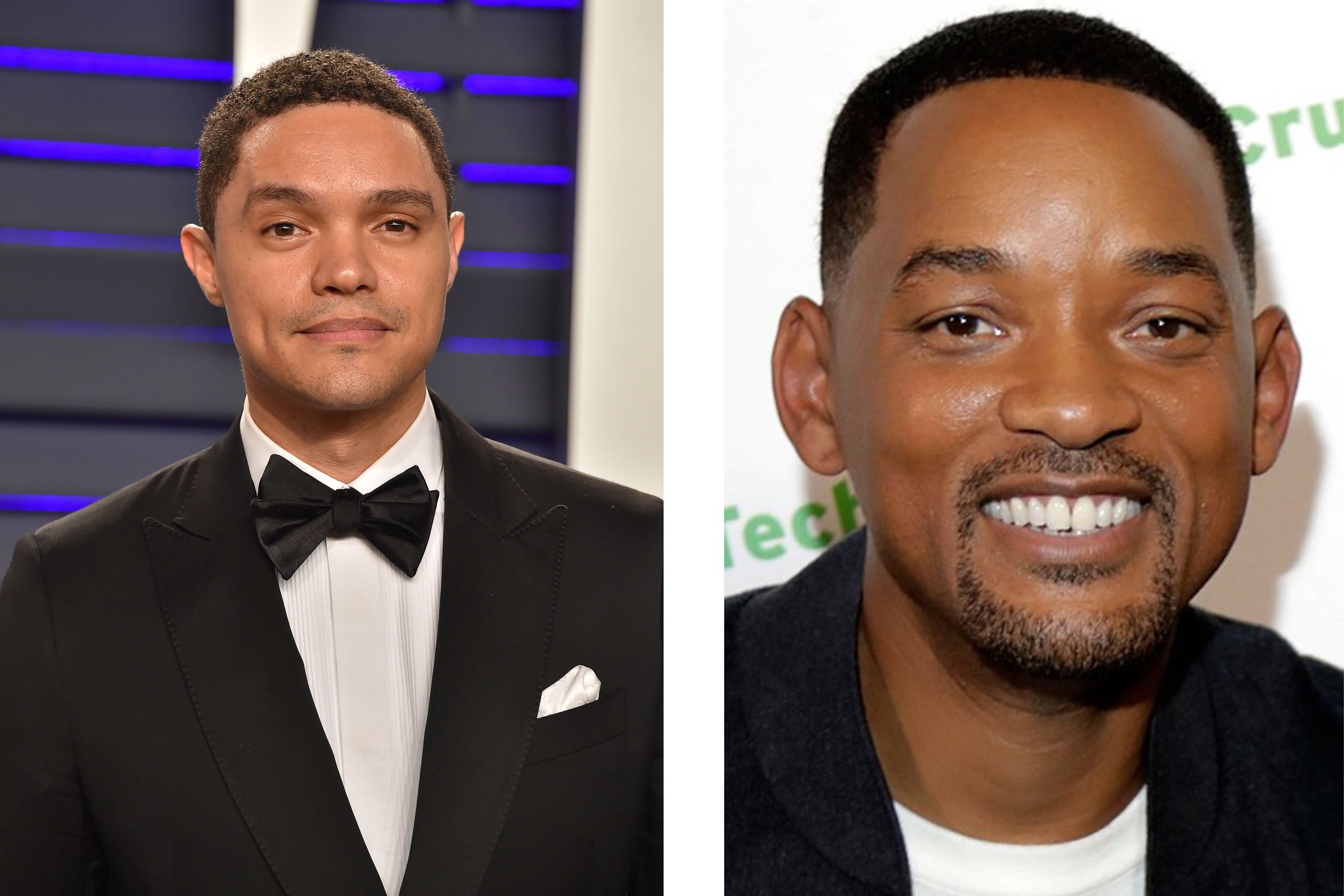 This year’s Grammys was hosted by Trevor Noah. In his opening monologue, he couldn’t help making reference to the Will Smith Slap at last week’s Oscars.

If you can believe it, it’s actually been a week since that moment at the Oscars when Will Smith slapped Chris Rock.

What happened at the Oscars?

In case you’ve been living under a rock, at last week’s Grammys, Chris Rock made a joke about Jada Pinkett Smith’s alopecia. While it seemed, at first, that Will found the joke funny, it all quickly derailed from there.

Will Smith gets up and slaps Chris Rock across the face. Then, he sits back down. But it’s not over yet. In a now-iconic clip, the audience awkwardly laugh as they hear Will Smith call out: ‘Keep my wife’s name out of your f—king mouth!’

There has been much speculation around the moment—from memes circulating on Twitter to conspiracy theories about the whole thing being staged. But one thing is for sure: the Grammy awards, just a few days later, were going to use this moment as fuel for jokes.

What was Trevor Noah’s joke?

Mere moments into his opening monologue, Noah snuck in a joke about slap-gate.

He said: “Don’t even think of this as an award show. It’s a concert where we are giving out awards, we will be listening to music, dancing, singing, keeping people’s names out of our mouths and we are going to give people awards all throughout the night. So let’s get straight into it.”

“We’re gonna be keeping people’s names out of our mouths.”

— Host Trevor Noah alludes to Will Smith at the #GRAMMYs pic.twitter.com/BXxM2iPPO9

The joke may have been quick, but the audience caught on without fail. And not just the audience! Online, people were quick to make comments about Noah’s reference.

Were there other references to Will Smith at the Grammys?

Noah wasn’t the only person to make a joke about the iconic pop culture moment.

Questlove, while presenting the Grammy for Song of the Year, said:

“I’m going to present this award and I trust that you people will stay 500 feet away from me…Just playing!”

On the red carpet, pre to the award show, Chelsea Handler made reference to the slap. She praised Chris Rock for handling the difficult moment.

“He was a professional—and that was a great example for all performers, and all comedians, to not be reactive in the moment.”

LeVar Burton and Nate Bargatze joke about the Will Smith #Oscars slap at the #GRAMMYs .

“I want to warn you all that our next presenter is a comedian if you know what I mean. So, I need to caution everybody, remain in your seats and keep your hands to yourself.”

The comedian he was speaking of was not Chris Rock, but Nate Bargatze, who took the joke further by coming onstage to present wearing a helmet.

To explain his appearance (which had already drawn in several laughs), he said:

“They said comedians have to wear these now at awards shows during the joke parts. It doesn’t even cover your face, I think it just focuses where you would hit me.”

It doesn’t seem like the jokes at Will Smith and Chris Rock’s expense are going to stop anytime soon. Unless something more click-worthy happens to take over—which of course, it always does.