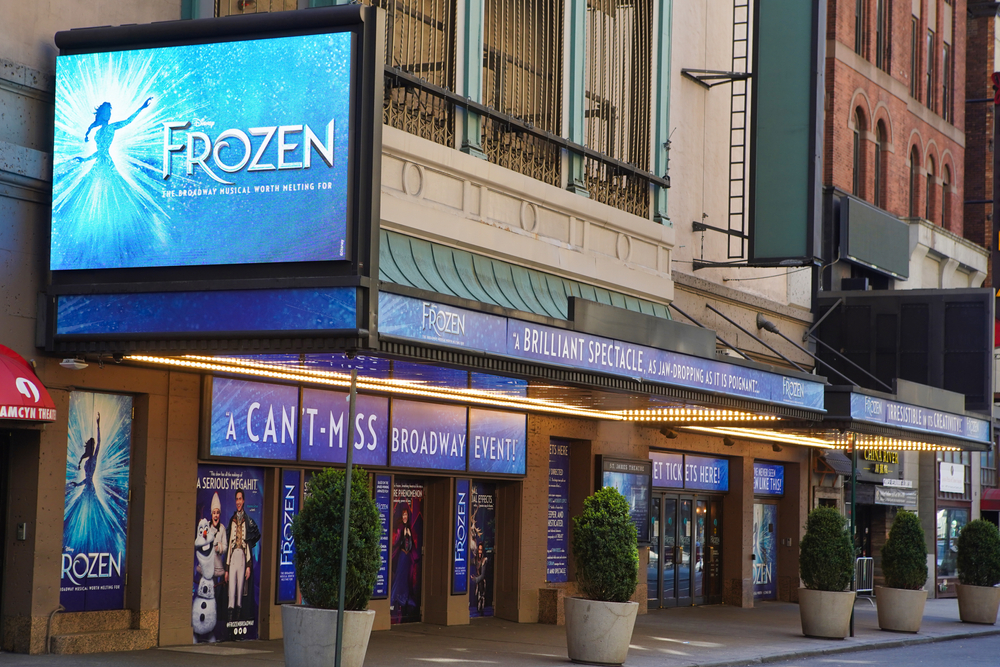 As you probably know already, Disney released the monster hit ‘Frozen’ in 2013. ‘Let It Go’ has not left us since. Now it’s on Broadway to remind us that this madness will never truly end.

Yes, it is 2018 and ‘Frozen’ is still a thing. It was a fairly charming movie with an engaging conflict and good songs (mostly). But holy crap, kids would not shut up about it. ‘Let It Go’ was of course the break-out number. Unfortunately, that meant that it would plague us for a good 5 years solid since release.

So ‘Frozen’ burn-out is very much A Thing. And now it’s headed to Broadway. Check out the trailer here:

Don’t hate me for this. While I understand the exasperation, I’m actually kind of excited. I’ve always thought the songs are definitely fit for stage. The similarities to ‘Wicked’ probably helps.

Despite the brevity and general vagueness of the trailer, there are quite a few positives here. I was wondering how they would manage to translate the film to stage, and it looks like they’ve pulled it off. Plus, the costumes all look amazing.

On whether the show will appeal to adults, director Michael Grandage certainly had something to say. In an interview with ABC News, he states:

My hope as an adult [is to] bring an adult’s perspective to it while taking care of the kids with the story. The story is a story about love, and love goes right the way through our life, it doesn’t stop at childhood.

Fair enough. I’m definitely interested in the 12 new original songs they’ve released. We get an instrumental of one of the originals, a power ballad called ‘Monster’. If you listen to the full version, not gonna lie, it sort of sounds like an angstier Let It Go. Perhaps I’m being too judgy.

But hey, whether it lives up to the hype or not, it’ll be interesting to see nonetheless.

Don’t worry, there’s some non-Disney Broadway stuff out there for you.