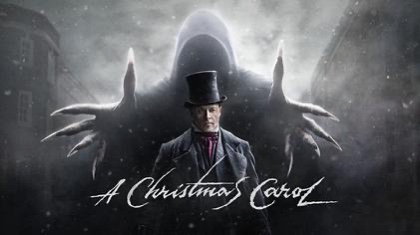 A Christmas Carol, Charles Dickens’s classic fantasy novel, has been adapted hundreds of times since 1843.

Dickens’s own live readings of the story became an English holiday tradition. Others have helmed dozens of theatrical productions of the book since at least 1901. That same year also saw the first film version, at the very dawn of filmmaking. The public just cannot get enough of the story, whether it features Patrick Stewart, Bill Murray, or the Muppets. Now, actor Tom Hardy, writer Steven Knight, and director Ridley Scott are collaborating on a new adaptation for BBC. The three-part miniseries will come out in 2019, just in time for the holidays.

Who’s Working on this Christmas Carol?

While speaking with Deadline about the opportunity, Hardy called it “extremely exciting.” He called the story “a fabulous magical piece of theater and an embarrassment of riches for our creative team … Here’s to having a lot of intricate and wonderful fun. We feel very lucky.” There is no word yet on whether Hardy will star in the series or only produce it.

Academy Award-nominated screenwriter Steven Knight will write the series. This won’t be his first or even second TV collaboration with Hardy. The actor currently appears in Peaky Blinders, which Knight created, and stars in Taboo, which they created together. These critically-acclaimed period pieces gave Piers Wenger, Controller of BBC Drama, the confidence to entrust them with the adaptation. Wenger specifically cited Knight’s “unique ability to reimagine the past and to turn it into the must-see drama.”

Knight, a major Dickens fan himself, expressed that he wants his Christmas Carol to reflect Dickens’s own style. He said, “If one were to hope to aspire to do what Dickens did it would be to take working-class life and make it relative to fiction.” Dickens’s novels often centre on London’s working class in the mid-1800s and sought to humanize them as few others did. A Christmas Carol began life as a polemic against upper-class attitudes about how the poor didn’t deserve help. The book eternally added charity and “goodwill toward men” to our modern conception of the meaning of Christmas.

Ridley Scott, best known for his films Alien and Gladiator, will produce the series with his company Scott Free Productions. This company also produces Taboo. Hardy’s own production company, Hardy Son and Baker, will also be involved.

That is pretty much all we know at the moment – the announcement is still pretty fresh. Further details, including casting, will come as we get closer to the tentative release date of December 2019.

These guys are not the only famous people announcing Christmas projects this week. Here’s a story about notorious UK prisoner Charles Bronson’s new coloring book for the holiday season.