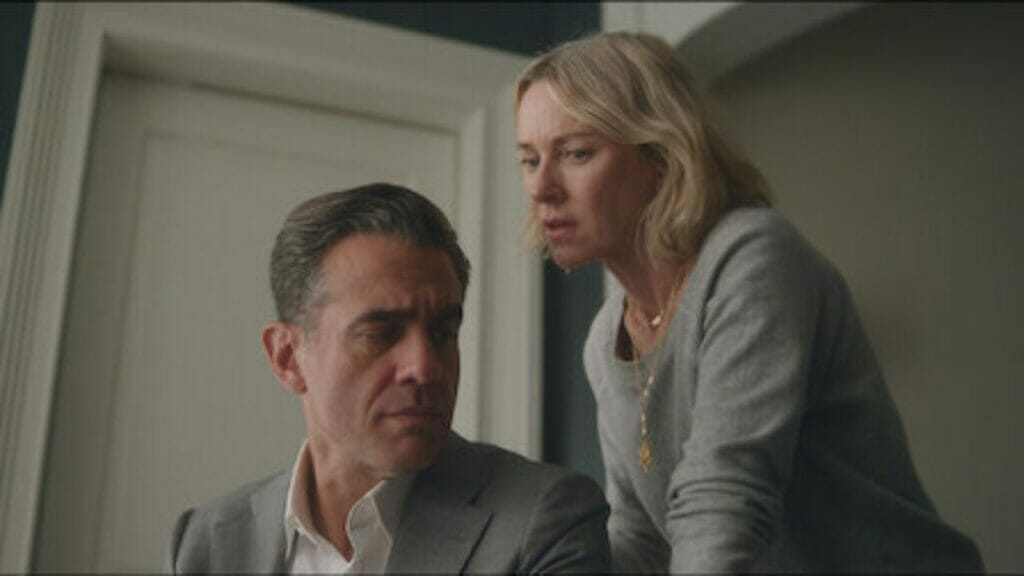 Netflix’s newest suspenseful thriller might not be a scripted series, but the disturbing true crime story behind it is. The Watcher went live on Netflix yesterday and tells the chilling tale of a family who buys a beautiful home in Westfield, New Jersey, only to be stalked by a mysterious person sending them letters. Once again, this account is so frightening because the anonymous messenger knows things about the family members that only someone close to them would know.

The Watcher real-life story: Was the stalker ever caught?

This story is all the more terrifying because, unfortunately, “The Watcher” was never caught. According to The Cut, the Broaddus family decided to sell the house six months after they started receiving creepy letters. The mystery was never solved though there were plenty of suspicions.

There was one suspect the family believed could be their stalker. Derek was told about the Langford family that lived next door. One of her sons, Michael Langford, was flagged as “kind of a Boo Radley character” from what his mother said about the house. From the description and association with that individual, Derek thought he might very well be the person sending them messages.

But when family members suddenly found themselves suspicious, they brought this to the detective’s attention. The detective said that Michael had already been brought in for questioning and denied involvement. Despite being told there wasn’t much evidence to build on, Derek decided to take it upon himself. After hiring a private investigator, the family found out that there were two sex offenders living nearby. Another suspicious activity from neighbors was observed too. Essentially, anyone could be a suspect in the case.

With the help of DNA analysis, the police could tell that one of the envelopes had come from a woman. After that, Michael Langford’s sister Abby Langford was investigated. However, her DNA did not match that of the New York letter carrier. The prosecutors eventually ruled her out as a suspect without revealing why.

Other people were suspects in the case, but due to insufficient evidence, the case was closed. To this day, the mystery is still unsolved. Some people even speculate that the Broaddus family preemptively claimed responsibility to get out of a sales contract or sign a movie deal, and this speculation has not been confirmed.