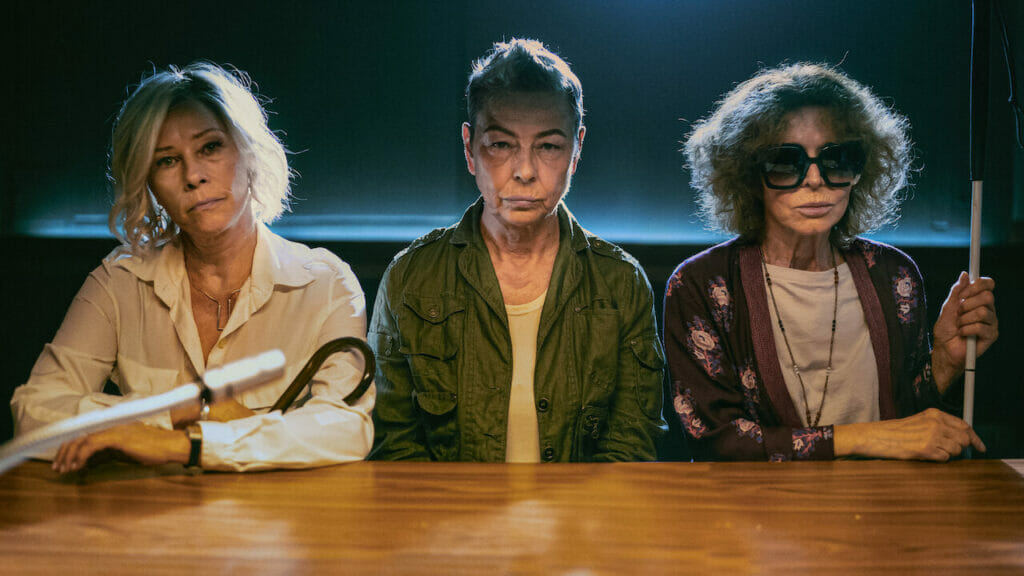 Green Glove Gang is a Polish crime comedy starring an older group of women who pull off a risk caper and then hide out in Second Home to avoid detection from the law.

Despite the release of other big shows like Love is Blind season 3, The Stranger, and The School for Good and Evil, this smart comedy gets overlooked. Even the trailer makes it look similar to Grace & Frankie, with a sense of humor that would appeal to those who like that show.

I couldn’t find an official synopsis released by Netflix for this series, but the logline is pretty straightforward.

In this dark comedy, a group of robbers enter a nursing home and hide from the authorities after one of the robberies goes wrong.

There are only eight episodes of The Green Glove Gang season 1, and each one is about 30 minutes long, give or take a few minutes.

While the police commissioner looks into the robbery, the Green Glove Gang disappears for a time until they decide to hide out in a retirement home.

One of the women has a telltale tattoo that points the police in a new direction. Meanwhile, the women start to adjust to life at Second Home.

The police track down the getaway car, and the women team up to take down the funeral director.

What makes The Green Glove Gang so interesting is its plot twists, which will have you on the edge of your seat. You won’t want to watch it only once because it’s that good! Support projects like The Green Glove Gang with every purchase because their stories often feature older women in leading roles.

Trailer of The Green Glove Gang