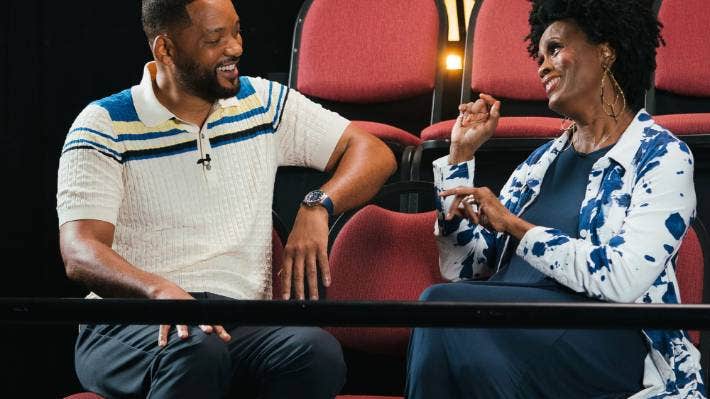 We are all super excited to watch The Fresh Prince of Bel-Air Reunion that is available only on HBO Max! The cast will be getting back together to talk about everything and express their love for each other. The very special reunion released November 19th – so go check it out!

One original cast member that we all remember and love is Janet Hubert, the original Aunt Vivian from seasons 1 to 3. There has been a long history of disagreements and anger feuded between Hubert and Smith in the past. Well, Smith says quite clearly, that it wouldn’t be the same without her! Smith says to the rest of the cast:

We never really, together, publicly talk about Janet. And what happened. And, for me, it felt like I couldn’t celebrate 30 years of Fresh Prince without finding a way to celebrate Janet.

The two spoke separately in a clip, talking out their differences and the unfathomable challenges Hubert was facing at the time. Hubert said:

I was hurt deeply. When I left the show, I had this new baby and no one. Family disowned me. Hollywood disowned me. My family said, ‘You’ve ruined our name.’

And I wasn’t unprofessional on the set. I just stopped talking to everybody because I didn’t know who to trust because I had been banished. And they said it was you who banished me. Because you were Will. It was hard.

This is obviously only a snippet of their conversation, but we can tell it is emotional and intense. I urge you to watch the full interaction – it is heartfelt.

Check out the trailer for The Fresh Prince of Bel-Air Reunion – you won’t regret it! And be sure to watch it in its entirety on HBO Max.

If you found this article intriguing, check out this one on Snoop Dogg’s new holiday commercial with SodaStream!