Territorial.io is an online mobile phone and PC game that the internet just can’t get enough of

Part of the io games brand— the creators of other popular mobile phone games, such as hole.io and slither.io— territorial.io has seen a spike in user activity over the past few weeks.

The game itself consists of players who spawn into a series of different maps, allowing players to customize their name and starting position.

Players must then click on other areas of the map in order to spread their territory and consume their smaller neighbors, becoming the dominant territory.

There is a range of different game options, such as player-versus-player levels, or team games. The game also has a series of different maps, including an earth map and continental maps. There are so many online games these days that most of the good ones are not even known to the user. In some games the user can get bonuses just for registering, you can learn more and enjoy the game.

Territorial.io has seen a major spike in users over the past number of weeks due to some major gaming YouTubers making videos of themselves playing the game, such as DruuuWu, who has made a number of videos covering similar geography-based warfare games, such as Hearts of Iron 4 and Sid Meier’s Civilisation 6.

Other gaming channels which cover similar empire management gaming content have also made videos of Territorial.io, such as TheGraveOne and many other small gaming channels.

The game has also found a large fan base on other social media platforms, such as TikTok, in which Timelapse of content creators playing the online game have received tens of thousands of likes and even more views, no doubt contributing to the surge in user activity the game has received in the past few weeks. 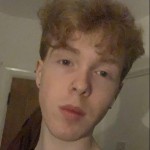